Liv Tyler is a well-known American actress and a model. 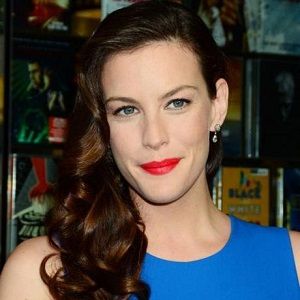 There is no definition of beauty, but when you can see someone's spirit coming through, something unexplainable, that's beautiful to me.

Solitude has its own very strange beauty to it.

I cried on my 18th birthday. I thought 17 was such a nice age. You're young enough to get away with things, but you're old enough, too.

What is the relationship of Liv Tyler?

Before this, she was dating British musician Royston Langdon in August. Then after a long time being together the couple got engaged in 2001 and married on 25th March 2003.

The next year, the couple welcomed a son named Milo on 14th Dec 2004. Tyler kept a low profile for a while, spending most of her time with her family.

Later, the couple got divorced on May 8, 2009, due to some internal problems between them.

Liv is also rumored to be dating Orlando Bloom in 2013, likewise Benedict Cumberbatch in 2012, and Charlie Hunnam in 2010.

Who is Liv Tyler?

Liv Tyler is a well-known American actress and model. She has also been seen serving as a United Nations Children’s Fund (UNICEF) Goodwill Ambassador.

Likewise, she has also been seen as a spokesperson for Givenchy’s line of perfume and cosmetics.

Her father’s name is Steven Tyler, who is the lead singer of Aerosmith. Her mother’s name is Bebe Buell who is also an American singer and former fashion model, and also Playboy magazine’s November 1974 Playmate of the Month.

Liv went to the Congressional Schools of Virginia, Breakwater School at the age of 12 when she moved to New York.

Later, she attended York Preparatory in New York City for high school and graduated in 1995.

Liv Tyler moved to New York to pursue a modeling career as a teenager. She began acting when she shot her first film role in the 1994’s movie named Silent Fall.

Tyler uplifted her career when she received mixed reviews for her appearance in the Aerosmith music video for the song “Crazy”.

Playing a waitress named Callie, she earned praise for her performance in the 1995 independent film Heavy. The rock film That Thing You Do (1996) with Tom Hanks and Armageddon(1998) with Bruce Willis and Ben Affleck gained so much success due to their nostalgic song of the 1960s and so it found Tyler’s success.

Tyler is also far known for her outstanding performance in the Lord of the Rings film trilogy: The Fellowship of the Rings (2001), The Two Towers (2002), and The Return of the King(2003).

It was the most magical performance of her career playing as Arwen, an elf who falls in love with a human, Aragon, played by Viggo Mortensen.

After performing on hiatus in 2007, she was back again with several new projects, including Reign Over Me with Adam Sandler and Don Cheadle.

She’s been seen performing so well as Meg Abbott in HBO’s dark thriller The Leftovers, which premiered in 2014.

Liv has been awarded Screen Actors Guild Award for Outstanding Performance by a Cast in a Motion Picture in 2004 for the movie The Lord of the Rings: The Return of the King.

She also received the Critics’ Choice Movie Award for Best Acting Ensemble for the movie The Lord of the Rings: The Return of the King in the same year.

Liv is a renowned actress and must have good earnings. She also earns from her endorsement brands such as Givenchy. Her net worth is estimated to be $50 million.

She has owned a beautiful stylish mansion in Los Feliz worth $3.85 million. Likely, she has also owned a mansion in the Hudson Valley. She has purchased a black Audi Q7 worth $55,000.

There are not many rumors about Liv and she seems to carry her professional life without harming others. But once it was rumored that she would be returning for Avengers Infinity War.

Liv Tyler has a slimmed perfect body figure standing with a height of 5 feet 10 inches. She weighs 64 kg.

Her body measurement is 36-25-34 inches. She has dark brown colored hair and blue-colored eyes.

Likewise, she is active on Instagram with 2.5 M followers. Ans she is also active on Twitter and has got more than 225.8 K followers.