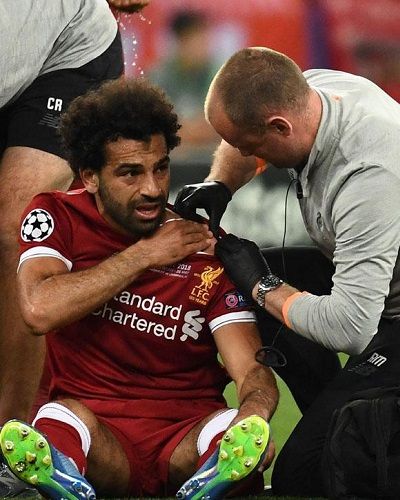 Egyptian professional footballer, Mohamed Salah plays for the English football club, Liverpool as a forward. Recently during the Champions league finale match between Liverpool and Real Madrid on 26th May 2018, Saturday, he was injured when he tangled with the Real Madrid captain, Sergio Ramos. 27-year-old Salah had a shoulder injury for which he has to undergo the treatment.

So as the compensation, Egyptian lawyer, Bassem Wahba have filed the suit against the Real Madrid captain, Sergio Ramos. The injury has not only harmed Mohamed but also the people of Egypt, so the lawyer filed the suit claiming over €1billion (NZ$1.67b) against Sergio Ramos for “physical and psychological harm.” The lawyer added,

“I’ve filed a lawsuit and a complaint to FIFA. I’ll ask for compensation, which could exceed €1billion, for the physical and psychological harm that Ramos gave Salah and the Egyptian people. Ramos intentionally injured Mo Salah and should be punished about his actions.”

However, the doctors treating the Liverpool forward shared that Salah has “a sprain in the shoulder ligaments” and are “confident” that he will recover and will be able to play during the World Cup 2018.

Till 4th June 2018, Egypt has to decide and say whether their national player, Mohamed Salah will play for FIFA 2018, in Russia or not.

You may like to read Las Vegas police ask for DNA sample of Cristiano Ronaldo as part of the investigation of rape against him!

In ???????? Egypt’s presidential election, more than 1million Egyptians tampered their ballots by crossing out both candidates and writing Mohamed Salah instead. pic.twitter.com/CqOJ4wcyAR

Mohamed Salah is very renowned and loved the personality in Egypt. During the country’s presidential election held in March 2018, over 1 million Egyptian people voted for him against Moussa Mostafa Moussa and Abdel Fattah al-Sisi.

However, the votes of Abdel Fattah al-Sisi was more thus he was elected and became the president of Egypt.

Mohamed Salah’s salary and net worth

Mohamed Salah is also famous as Egyptian Messi and has a luxurious lifestyle which he earned from his skills and talent. He was born on 15th June 1992 in Nagrig, Egypt. His net worth is estimated to be 15 million Euro and salary is 2.1 million Euro.

Talking about cars, Salah owns a Lamborghini Aventador which costs € 255.000, Audi Q7 which is worth $66,576 and Toyota Camry, worth $24k. He has a well furnished luxurious house in Egypt.

Also read Top 10 Footballers to look out for 2018 WorldCup

One of the amazing and good looking footballers, Mohamed Salah is a one-woman man. He is married to his girlfriend, Magi Salah. Magi is from his hometown itself. The couple tied the knot in the year 2013. They have a daughter named Makka. His wife, Magi is not much in the limelight. She made the public appearance when he won the 2018 Premier League Golden Boot.

Mohamed Salah is an Egyptian footballer who plays as a forward for the Egyptian national team as well as the Premier League club ‘Liverpool.’ Likely, he played an important role in Basel’s victory on the 2012-13 ‘Swiss Championship’ and the 2013 ‘Uhren cup.’ More bio… 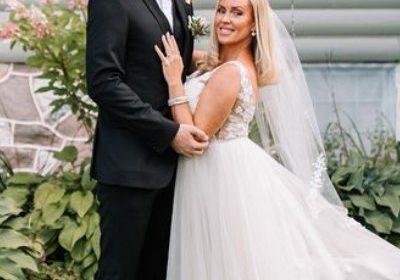