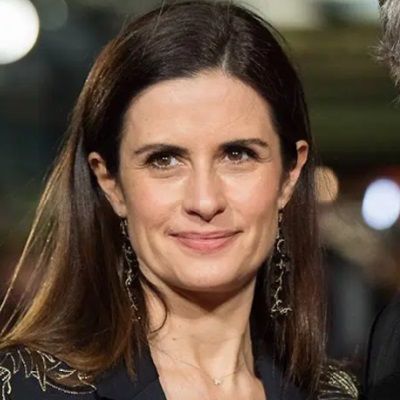 Livia Giuggiol is married to Colin Firth. Colin is an English actor known for playing the role of King George VI in The King’s Speech.

Livia and Colin first started dating in the 1990s. At present, their relationship is not in good terms and on 13th December 2019, she has separated from her husband and filed for divorce after 22 years of divorce.

Who is Livia Giuggioli?

Livia Giuggioli is an Italian environmental and documentary film producer well-known for the western media.

Livia is also famous as the wife of English actor Colin Firth.

In 2018, she worked as an executive producer in documentary Ama.

Livia Giuggioli was born on 4th September 1969 in Rome, Italy. She has two siblings Alessandro Giuggioli and Nicola Giuggioli.

She was interested in a career in acting from an early age. Livia attended the most prestigious university in the world, the University of Rome in Rome, Italy and graduated in film studies.

After graduating from University, she started her work in documentary film-making as a production assistant in Giuseppe Tornatore: A Dream Dreamt in Sicily directed by Marc Evans.

Livia started her career as an assistant producer of Fernando Ghia in 1990 and learned the intricacies of film production. As a producer, Livia has worked on the documentary film In Prison My Whole Life.

It has been highly appreciated for its highly controversial subject matter.

In the year 2007, she started a consultancy Eco-Age that promotes eco-friendly fashion products. It has a shop in London and she wants to open more shops in major English cities.

Her brother Nicola Giuggioli and close friend Ivon Coulson has helped her in handling the venture. She has also remained active in fashion and philanthropic endeavors.

In 2002, she took her environmental activism to a new level and established Green Cut. It is a co-venture of the GCC with American Express.

Livia was honored with the UN Leader of Change Award.

Her movie In Prison My Whole Life won the Best Documentary award at the International Human Rights Award in Geneva.

Her husband has an estimated net worth of $25 million. They have a house in Italy.

Previously, Livia had an affair with her friend Marco Brancaccia. After being together with Colin, Marco started harassing them. They had to take help from police and the matter became public in 2018.

Marco is a Journalist who stalked her and sent text messages and called her.

Livia is a brown-eyed-brunette. She is 5 feet 11 inches tall.

You may also read the age, parents, career, net worth, body measurement and social media of Gregg E. Champion, Adam Busch, and Kem