Liz Claman is a Business News anchorwoman, journalist. Liz is married to Jeff Kepnes since 1999 and has two children. 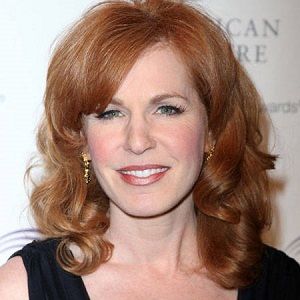 Liz Claman married Jeff Kepnes in 1999. She dated Jeff for a few years before she decided to get married. They have two children namely, Gabrielle Kepnes and Julian Kepnes.

There is no information about her previous affairs.

Who is Liz Claman?

Liz is an American anchor of the Fox Business Network shows Countdown to the Closing Bell, her birth name is Elizabeth Kate Claman. Previously, she was the co-anchor of the CNBC morning television program Morning Call.

Likewise, she was the co-host of the programs Wake Up Call as well as briefly co-anchored Market Watch and was the anchor of the CNBC newsmagazine program Cover to Cover.

Liz was born in Beverly Hills, California, the United States on December 12, 1963, to parents Morris Claman and June Beverly Claman.

There is no information about her siblings. She belongs to American nationality and English ethnicity. Her birth sign is Sagittarius.

In addition, talking about her education, firstly, she attended Beverly Hills High School. Then, she attended the University of California, Berkeley.

Talking about her profession, Liz Claman served as a production assistant for Paula Zahn, Jim Lampley, and Ann Curry at KCBS-TV in Los Angeles. Whereas, she did her first on-air job at WSYX-TV, KCBS-TV in Columbus, Ohio.

In 1998, she also joined the CNBC network as a freelancer based in Fort Lee, New Jersey. Then, after two years, she also became a full-time journalist at CNBC. In 2002, she also started hosting a new show Morning Call with Ted David and Martha MacCallum. Similarly, she also made several guest appearances for The News with Brian Wiliams hosted by Brian Williams.

In fact, from 2002-05, she also co-hosted a show Wake Up Call alongside Carl Quintanilla, Brad Goode, and Michelle Caruso-Cabrera. Whereas, she also worked for the network till 2007 then moved to Fox News Channel.

Then, from 2007-14, she also hosted a weekdays news show Markets Now. Likewise, since 2008, she has also been hosting a show Countdown to the Closing Bell. Eventually,  she is working as a co-anchor on Fox Business’ 4 pm show ET with David Asman.

Similarly, she interviewed a number of business leaders in Fox including Bill Gates, Warren Buffett, Jack Lew, Alan Mulally, and Sarah Palin among others. Therefore, she published her first book, The Best Investment Advice I Ever Received in 2006.

On talking about her salary and net worth, she earns an annual average salary of $85K-$150K. Her net worth is around $ 3 million.

On talking about her body measurements, Liz Claman has a height of 5 feet 7 inches. Additionally, she weighs is 63Kg. She has a measurement of 38–25-35 inches respectively.

Liz’s hair color is Auburn and her eye color is brown.