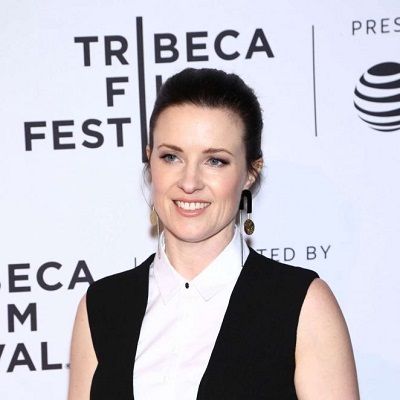 Liz W. Garcia is married to Joshua Harto. Joshua is an actor, television producer, and writer. They got married in the year 2008 at Carneros Inn in Napa, Calif. Ali Berlin. This couple together has a son.

Who is Liz W. Garcia?

Liz W. Garcia is a TV producer and writer. Her writing work includes Dawson’s Creek, Wonderfalls and Cold Case. Liz is also known as the wife of Joshua Harto.

In 2012, Garcia has written plus directed a movie named The Lifeguard.

Liz W. Garcia was born in the year 1977, in the USA to Caucasian ethnicity. Her parents’ are Baxter Garcia and Claire Watson Garcia.

Her education is from Wesleyan University, Connecticut.

Liz W. Garcia has contributed as a production assistant in Return of the Killer Tomatoes (1998) and The New Guy (2002).

Liz along with her husband created the series Memphis Beat in 2010 till 2011. It is an American drama with only two seasons and 20 episodes. The casts’ name and characters’ are:

Liz has been nominated for,

The estimated net worth of Liz is $500 thousand. The average earnings of a producer and writer in US is approximately $57000.

Liz’s husband’s net worth is estimated at $20 million.

This writer plus producer is active on Twitter with around 1.6k followers.

Liz’s husband, Joshua Harto was born on January 9, 1979,  Huntington, West Virginia, the U.S. He graduated from Dreyfoos School of the Arts.

You may also read the age, parents, career, net worth, body measurement and social media of Emma Davies, Kate Phillips, and Jacque Gray