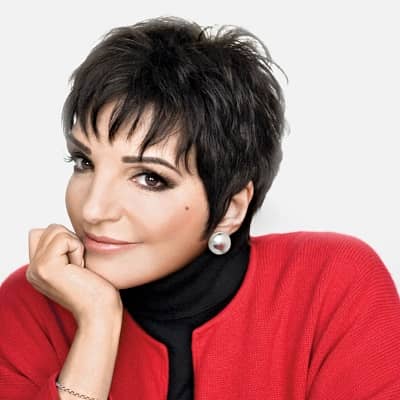 Lizza Minnelli has married and separated four times till now. She married for the first time Peter Allen, an entertainer. The marriage date was on 3 March 1967.

Allen is Australian-born and was Judy Garland’s disciple in the mid-1960s. However, the duo separated on 24 July 1974.

Minnelli clarified The Advocate editor-in-chief named Judy Wieder that she did not know that Allen was gay and she could not leave together thereafter.

Furthermore, Minnelli again tied the knot with Jack Haley Jr. By profession, he is a producer and a director. The duo was separated in April 1979.

Her third marriage was with Mark Gero who is a sculptor as well as a stage manager on 4 December 1979. The couple stayed together till January 1992 and got separated.

Moreover, she married for the fourth time in her life. This time it was with David Gest and he is a concert promoter. The couple married on 16 March 2002 and got separated in July 2003. In the end, the couple divorced in April 2007.

Gest claimed in a 2003 legal action that Liza physically tortured him in an alcohol-induced temper at the time of their marriage. It is believed that Liza had relationships with Rock Brynner, Desi Arnaz, Peter Sellers, and Martin Scorsese.

Likewise, it has been mentioned that her friendship with a French pop singer named Charles Aznavour is more than friends and less than lovers. Currently, her relationship status is divorced and she has no children at all.

Who is Liza Minnelli?

Liza Minnelli is a renowned American actress, singer, and dancer. She is also famed as a stage performer of prominent lineage.

She is best renowned for her Academy Award-achieving performance in Cabaret (1972), the film Arthur(1981), and many other movies and television appearances.

Liza Minnelli was born on 12 March 1946. Currently, her age is 74 years old. Likewise, her birthplace is at Cedars-Sinai Medical Center on Beverly Boulevard in Los Angeles. Talking about her family background, Liza’s father’s name is Vincente Minnelli and her mother’s name is Judy Garland.

She holds an American nationality and is of mixed accent.

Minnelli’s sibling: Lorna (half-sister), Joey (half-brother) from Garland’s wedding to Sid Luft. Minnelli’s father married for the second time and the sibling from that marriage is Christiane Nina Minnelli(half-sister).

About her parent’s profession, Judy Garland, mother of Liza, was one of the most popular actresses of the twentieth century. Also, her father, Vincente Minnelli was a reputed director.

Minnelli studied at New York City’s High School of Performing Arts and Chadwick School. She also studied at Scarsdale High School before performing in the production “The Diary of Anne Frank” for one year.

From her childhood, Minnelli was familiar with the acting and entertainment industry.

Minnelli was a trainee at the Cape Cod Melody Tent in Hyannis, Massachusetts. She emerged in the chorus of Flower Drum Song and performed the role of Muriel in Take Me Along. Professionally, Liza started performing in 1963 at the very young age of 17 years old. She debuted in an Off-Broadway revival of the musical Best Foot Forward. Minnelli earned a Theatre World Award for the performance.

Following the success, Liza along with her mother performed in concert. The concert was held at the London Palladium. Also, the program was recorded as well as released as an album. Liza received Tony Award in Flora the Red Menace as the lead actress role.

Liza debuted by emerging alongside her mother in the 1949 musical ‘In the Good Old Summertime’ at the age of 3. Moreover, Minnelli’s first imputed movie was the love-interest in Charlie Bubbles(1967). Similarly, she was nominated for Academy Award for Best Actress for the role of Mary Ann “Pookie” Adams in the movie The Sterile Cuckoo in the year 1969.

Furthermore, her recent films were released in 2006 and 2010 respectively named The Oh in Ohio and Sex and the City 2.

Following are the other movies that she has performed till now.

Liza Minnelli is also a Television Star. She has emerged as a child actor on Art Linkletter’s show and performed along with Gene Kelly in 1959. In addition, Minnelli was invited to several shows hosted by Jack Paar, Merv Griffin, Mike Douglas, Joe Franklin, Dinah Shore, and Johnny Carson.

Likewise, American Public Television broadcasted Liza’s at the Palace from September 20 to October 1, 2009.

Liza Minnelli is a versatile celebrity. She has worked as a TV actor, film actor, Theatre actor, and so on. Likewise, she is also a singer and dancer. Therefore, Liza is one of the rich actresses of all time.

Till now, her net worth is estimated to be $50 million. She lives in a luxurious apartment.

Recently, Minnelli sold an apartment house for over $8.372 million. It was located in the deluxe and prosperous Imperial House Complex on East 69th street in Manhattan. The apartment was spotlighted in an edition of “Architectural Digest” magazine. Liza bought it ten years earlier.

Liza spread the drinking behavior and became an addict. Also, she became a drug addict mainly Valium after her mother passed away.

Her addiction was seen in her profession as Minnelli started to miss her concert. Additionally, Liza joined the Betty Ford Center for detoxification treatment in 1984 to overcome her addiction. In the end, She overcomes her addiction after going through several months of rigorous therapy.

Minnelli organized a hit tour proving that she has made a comeback and also emerged in an NBC made-for-television movie A Time to Live and bagged a second Golden Globe award as well.

The famed celebrity has a beautiful body figure and texture. Liza has a pretty height of 5 feet and 4inches. Moreover, she has maintained her weight as well and weighs 64kg.

Besides, Minnelli’s body measurement is 34-28-36 inches whereas her bra size is 34 B. She has got apple size body shape as well.

Talking about her social media presence, Liza Minnelli is well engaged on social media. She has got nearly 86k followers on her official Instagram account @officiallizaminnelli.

Likewise, she has gained high popularity on Facebook as well. On Facebook Liza has more than 356k followers.

Furthermore, Liza is available on Twitter with nearly 13k followers.