Liza Weil is an actress who appeared in Tv series including Gilmore Girls, HTGAWM. Liza is a mother of Josephine Elizabeth Weil-Adelstein. 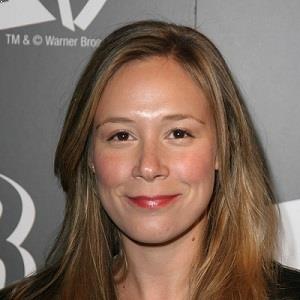 I think I can get a little passionate about things that I believe in and maybe that can be a little intense for people. And I think a lot of that stuff comes out of the need of wanting to belong, and being insecure and uncomfortable

I think, when people so strongly associate an actor with a character they play - but the main feeling is I feel very happy that I've been able to play somebody that people connect so strongly to. That's overall a very good feeling. There's the sweet and the sour, I guess. It does sting a little bit. Your insecurity as an actor maybe seeps in, but ultimately I think it's a very lovely thing. It doesn't happen that often. It's mostly good, I'm fine with it. I think that "Gilmore Girls" did so many things well, and it was a very feminist show in a time when that wasn't really being portrayed at all. The show made it cool to be a smart girl. That certainly wasn't happening at the time - you were surrounded by beauty shows and teen soap operas. "Gilmore Girls" felt very apart from everything else that was happening.

Previously, she was once a married woman. She was previously married to actor Paul Adelstein. The couple got married in November 2006, in a Reform Jewish ceremony. The couple had a daughter named Josephine Elizabeth Weil-Adelstein on April 20, 2010. She filed for divorce from Adelstein in March 2016.

Since June 2016, she is in a relationship with American actor Charlie Weber. However, the couple broke up after dating for two and half years in February 2019..

Who is Liza Weil?

Liza Weil is an American actress. She is widely popular for her role as Paris Geller in the WB/CW series Gilmore Girls (2000-2007) and its Netflix revival Gilmore Girls: A Year in the Life (2016-present).

Liza is also popular for her series regular role as Bonnie Winterbottom in the TV series How to Get Away with Murder (2014-present).

Liza Weil was born on 5 June 1977, in Passaic, New Jersey, USA. Her birth name is Liza Rebecca Weil. She is the daughter of Lisa Weil and Marc Weil. She has a sister named Samantha Weil. Liza is an American by nationality and belongs to Ashkenazi Jewish ethnicity.

She spent her early life with her parents and sister. During her childhood, she wanted to become an archaeologist. She and her family settled down in suburban Lansdale, Pennsylvania when she was 7 years old.

Liza completed her education from North Penn High School, from where she graduated in 1995.

Weil began her acting career in 1993, appearing in the Los Angeles theatrical community during hiatuses. She made her screen acting debut playing the character Margie Corsell in The Adventures of Pete & Pete (1994).

Her first movie role was as Anna Stockard in Whatever (1998). After that, she had minor roles in movies Stir of Echoes, Dragonfly, and Lullaby.

She rose to fame when she was cast as Paris Geller in the American comedy-drama television series, Gilmore Girls. She portrayed the role from 2000 to 2007. Liza later reprised the role in Gilmore Girls: A Year in the Life in 2016.

In 2012, she portrayed the character Amanda Tanner in the series Scandal. The following year, she appeared as Milly Stone in the TV series Bunheads (2013). Since 2014, she appears as Bonnie Winterbottom in the series How to Get Away with Murder.

She has a net worth of 3 million dollars according to the sources. But there is information regarding her salary.

Currently, there are no rumors of her love affairs and professional life. She has not been in any controversies till now.