TV personality Lizzie Cundy is divorced and a mother of two.

She has been pretty busy with her work as a TV host on different networks. However, she was married to Chelsea defender Jason Cundy in 1994, but they separated in 2010 and divorced in December 2012.

Currently, she is a single mother of two children. Lizzie might be in the relationship but is keeping it a secret for the sake of her privacy. 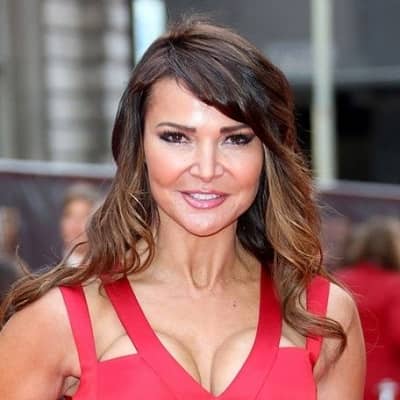 Who is Lizzie Cundy?

Lizzie Cundy is an English Television Personality, Reporter, Radio Presenter, and host for WAGS World and So Would You Dump Me Now?

Furthermore, she has been covering the features on This Morning show, Good Morning Britain, and Sky News.

Her father’s name is Derek Miller but she hasn’t opened any details about her mother and siblings. Likewise, she was very talented and confident since her childhood.

She is of English nationality and her zodiac sign is Taurus. Talking about her education, she was enrolled at Royal Central School of Speech and Drama.

Her career began in 2008 after she appeared as a guest on This Morning on ITV. She has been working as a radio presenter on FUBAR Radio every week on the show ‘Access All Areas with journalist Stephen Leng.’

Besides this, she covered the World Cup for GMTV and also became the red carpet reporter for ITV2’s film review show ITV at the Movies. She hosted her own football show ‘Wags World.’

Moreover, she served as the main Showbiz reporter for OKTV. Furthermore, she starred as the main lead in the West End Musical ‘WAGS’ 2014. later, she has experience working at Celebrity Big Brother’s Bit on the Side and Daybreak.

Lizzie is one of the wealthiest Tv hosts. She has an estimated net worth of around $1M-$5M.

There are no rumors and controversies surfaced about her on the internet.

Lizzie has beautiful brown hair and dark brown eyes. She stands 5 feet and 5 inches tall and weighs around 52 kg.

However, there is not much information on her weight and other body measurements such as bra size, waist size, hip size, shoe size, dress size.