Lizzo is an American singer, rapper, and songwriter. She is also a flutist. She is possibly single.

Lizzo might be currently single. She likes to keep her lips tight and has not shared any information about her relationship status.

Also, she has not been linked with any other person. She is currently busy in her career and hope, she will find the perfect one in the near future. 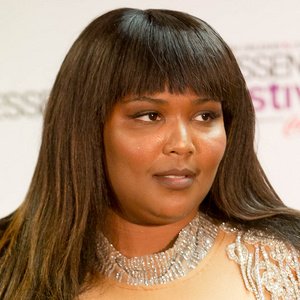 If you are confident in yourself and however you want yourself to be presented, and you're doing well and doing it because you want to do it and not because someone is pressuring you, then more power to you.

Everyone looks to an artist for something more than just the music, and that message of being comfortable in my own skin is number one for me.

When I was born, my father named me Melissa, and I am still Melissa, but I got the nickname Lizzo around the time I was in the Cornrow Clique.

Lizzo is an American rapper, singer, and dancer based in Minneapolis, Minnesota. She is famous for her strong and encouraging lyrics for almost every situation.

Also, she is the founding member of the indie hip hop groups The Chalice, The Clerb, Grrrl party, and Absynthe.

She was born on April 27, 1988, in Detroit, Michigan, USA. Her birth name is Melissa Viviane Jefferson and currently, she is 32 years old.

Her family relocated to Houston, Texas when she was 10 years old. After that, she moved to Minneapolis, Minnesota in 2011. She has got two older siblings. Lizzo lost her father in 2010.

She often battled with body acceptance while growing up. Until she reached the age of 21, her insecurities continued to haunt her, and when she realized that she can’t change who she is and she should be okay with it.

Lizzo holds American citizenship but her ethnicity is African-American.

Lizzo began rapping as a teenager in the Southwest Alief part of Houston, Texas. She formed a group named Cornrow Clique with her friends at the age of 14.

She performed with Indie groups in Minnesota, including the electro soul-pop duo, Lizzy & the Larva Ink. Then, she formed a three-piece all-female rap/R&B group, The Chalice, and the group released their first album ‘We Are the Chalice’, which became locally successful.

She released her debut album ‘Lizzobangers’ produced by Ryan Olson and Lazerbreak. The song was released on October 15, 2013, to regional and national success.

Moreover, she toured the US and UK in the fall of 2013 opening for Har Mar Superstar, and additionally sang with his band.

Likewise, she shared the stage with St. Paul and The Broken Bones on June 1, 2014, and performed ‘A Change Is Gonna Come’ together.

In June 2018, she was profiled Teen Vogue Music Issue. She released her single, ‘Juice’ on January 4, 2019. She performed at the Coachella Music Festival for the first time in April of 2019.

Lizzo was awarded City Pages’ ‘Picked to Click’ Award in the category Best new Twin Cities artist in October 2013. And she was named one of the 14 music artists to watch in 2014 by Time by the following month.

As of 2022, she has an estimated net worth of around $10 million according to the sources and she has earned that sum of money from her professional career. While her salary is unknown.

Lizzo has a height of 5 ft. 10 inches and weighs around 152 kg. Lizzo has black eyes and dark brown hair. Her body measurement is 48-32-54 inches and wears a bra size of 47 D. Her shoe size, dress size are not available.

She loves the color of her skin which is dark brown and says that it’s the largest accessory in her body.

To know more about Lisa Zane, Peggy Lipton, and Jon Bellion, please click on the link.

Lizzo is doubtfully single being spotted with mystery man! How much is her net worth?