LL Cool J is an actor, rapper, founder, and CEO of ROCK THE BELLS. He is married and has four kids. 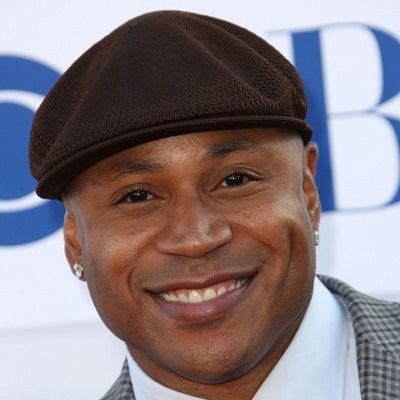 Keeping it real ain't about carrying a gun or smoking blunts. It's about being true to yourself and those around you.

Hip-hop can be limiting and I refuse to accept limits. I've been training as an actor for six years. Nobody goes to acting school for six years. I mean, the college course is only four years! I absolutely trained. My acting coach is from the Stanislavsky school. It's real - I act.

One thing I'm not gonna do, because I'm black, is suddenly say 'you know what, I can't play a villain!' You don't need to be the good guy to get a good message out. I'm not going to limit myself like that. I just want to play good roles and be able to touch a lot of people.

LL Cool J is married to Simone Smith when he was 19 years old. He was driving his mother’s car on Easter Eve and met his friend and his cute cousin around the block.

Just after they had got in a relationship, he was supposed to go on eight weeks long music tour.

Their fourth child, a daughter named Nina Simone was born in 2000. They had to face a major obstacle after Simone was diagnosed with a rare form of cancer in 2004. However, she managed to overcome her condition after a two and a half years of struggle.

He was briefly in a relationship with the former model and author, Karrine Steffans. Before he settled down with Simone, he dated actress and model Kidada Jones, Quincy Jones’s daughter, and Tupac Shakur’s fiancé for about a year.

Who is LL Cool J?

He has displayed his versatility, as he started a music record label, started his own clothing line, and also co-authored four books.

LL Cool J was born as James Todd Smith on January 14, 1968, in Bay Shore, New York, the United States. He is a Capricorn.

His father, James Smith, and mother, Ondrea Smith are of all-American ancestry.

LL’s mother entered into a relationship with a physical therapist named ‘Roscoe’, in his autobiography and also in interviews, has accused Roscoe of abusing him physically and psychologically. However, Roscoe has denied these allegations.

His first debut album, Radio, which was a hugely successful mix of conventional song structure and pop-oriented rap. Whereas, his music fans responded enthusiastically to the album’s singles, “I Can’t Live Without My Radio” and “Rock the Bells”.

LL’s album success earned him roles in films such as ‘The Hard Way’ and ‘Toys’. In the year 1993, he performed at President Clinton’s inauguration ceremony at the ‘Lincoln Memorial’.

During 1993, he started his own music label called ‘P.O.G.’, or ‘Power Of God’. Then, he also formed the music-production company ‘Rock The Bells’ which worked with artists like ‘Amyth’, ‘Smokeman’, ‘Natice’, etc.

During 1995, he released his next album ‘Mr Smith’, featuring the track ‘Hey Lover’. This song was inspired from Michael Jackson’s song ‘The Lady in my Life’.

LL Cool J released his next and most recent album ‘Authentic’, in 2013, featuring appearances from numerous other artists including ‘Eddie Van Halen’, ‘Snoop Dogg’, ‘Seal’ and ‘Brad Paisley’.

LL Cool J also kick-started his acting career in 1985, appearing as himself in the film ‘Krush Groove’. He starred as the lead in the crime-drama movie ‘Out-of-Sync’ in 1995. In the year 1996, he released the album ‘All World: Greatest Hits’ Then, he came to the attention of NBC-TV and was cast in their comedy series ‘In the House’.

He also appeared in the second season of the television drama series ‘Oz’. Some of his other films, he was a part of the blockbuster science-fiction horror film ‘Deep Blue Sea’.

LL Cool J started a record label called ‘Boomdizzle’ that doubled up as a social networking site as well.

In the same year 2009, he was cast as a regular in the still-running CBS TV series ‘NCIS: Los Angeles’, in which he plays special agent ‘Sam Hanna’, a Navy investigator.

He was awarded his second Grammy, again in the same category of ‘Best Rap Solo Performance’. Likely, he won a ‘Blockbuster Entertainment Award’ in the category ‘Favourite Supporting Actor – Action’ for his role in the film ‘Deep Blue Sea’.

He has an estimated net worth of around $110m US. As a hip-hop and rapper Artist, his earnings are $62 k U.S and above.

In the year 2009, Todd launched his own clothing of urban apparel ‘LL Cool J collection’ at ‘Sears’ stores.

How much does LL Cool J weigh?

He is bald with dark brown eyes, his height 6 feet 2 inches.

Also get to know more about Kalani Hilliker, Jade Weber, and Faith Schroder.