Logan Shroyer is an American TV actor and model.

Logan Shroyer’s relationship status at the current time is possibly single. He has not shared the data of his affair or girlfriend with the public.

But in the year 2013, the rumors of him dating Ryan Whitney Newman started to fly in the media. 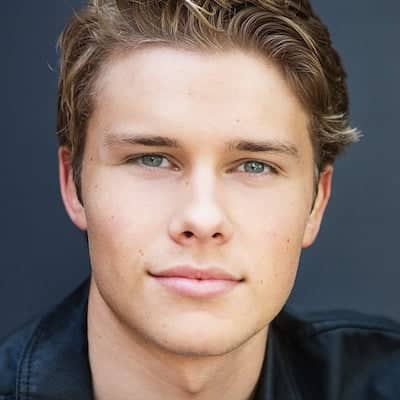 Early on, I really looked to Leonardo DiCaprio and Daniel Day Lewis. They’re the kind of actors that are at such a heightened level of success, that you can’t help but aspire to be like them. I really admire how authentic their work is

I can’t really get into that without giving away spoilers, but this season you will continue to understand more about Kevin. Kevin is very troubled and that side of him will be explored further and you’ll get to learn why he’s made the choices that he’s made.

Who is Logan Shroyer?

His upcoming TV movie titled The Waltons: Homecoming as John-Boy is under pre-production. In addition, he is a guitarist who plays for the rock band Liquid Glass.

His birthdate is 10 March 1999 and he was born in Norman, Oklahoma, US. The details of his mother and his father are not disclosed.

Logan’s ancestry is Caucasian and has a younger brother.

Regarding his academics, he attended Stuart Rogers’ Studios, Anthony Meindl Acting Workshop, as well as Gary Spatz’s The Playground to study acting.

Logan Shroyer is a popular face of the entertainment world. His two movies are Speech & Debate as Hot Debater and F*&% the Prom as Ken.

But he is mostly known for his TV roles. He was in This Is Us as 17 Year Old Kevin for over 75 episodes. Also, he was seen in Gortimer Gibbon’s Life on Normal Street (2014) as Golden Eyed Boy, The Thundermans (2013-14) Cole Campbell, etc.

The list of his other notable screen projects are,

By the sources, as of 2022, he has accumulated a net worth of around $500k US. The salary from his acting journey is behind the curtain.

But as a lead, he did commercials for Intex Recreation, Baxter Pharmaceutical-Adynovate, Speedo, La Redoute, Schawk KMart, and more.

This Speechless famed actor is keeping himself away from rumors and desperate scandals.

Logan Shroyer’s height is 5 ft 11 inches and his body weight is 78 kg. Moreover, he has blue eyes and his hair is also in light brown color.

He wears a shoe of 12 US size and he has a bright plus wide smile.

Tory Kittles
Tags : "This Is Us" Actor Guitarist