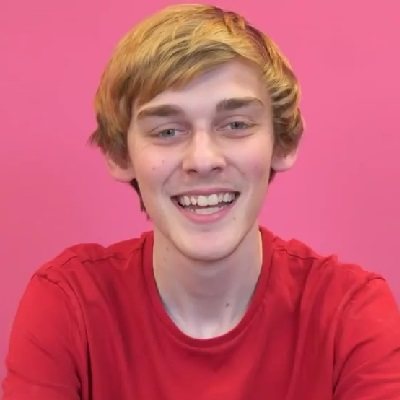 What is the relationship of Logan Thirtyacre?

Previously, he had exchanged rings with Chilly Jimenez. They got engaged to each other in June 2019 during a Jason Derulo Concert.

In early 2020, he and his girlfriend broke their relationship on a bad note.

Logan Thirtyacre is a YouTuber. He is popular for his Parodies videos of Super Mario on his YouTube videos that went viral.

Logan Thirtyacre was born on 17th November 1994 in Pensacola, Florida. He is of British-Irish ethnicity.

After that, his mother, Jennifer married Brian Grant. He has a younger brother, Lance Thirtyacre, and a half-sister, Haleigh Grant. Details on his academics are not available.

The Youtuber has been through various health problems. That includes unexpected surgeries of gallbladder removal and kidney stones.

Besides that, he is suffering from various illnesses like Superior Mesenteric Artery Syndrome, Spinal Meningitis, and West Nile Virus.

Also, he has a fear of cancer, carcinophobia arose due to his prior health problems.

He made his first YouTube video, SUPER MARIO GOT MILK while playing the videogames. Later, he started making parody videos using the soft toys Mario. At the time, the concept was totally new on the platform and got quite famous.

After a successful career on the YouTube channel, he created secondary channels including SuperLuigiLogan, superyoshilogan, and superbowserlogan.

Besides that, through his secondary YouTube channel, his earnings range from $122 Thousand to $2 million. Apart from that, he also earns through other YouTube channels too.

He has blue eyes with auburn hair. Logan Thirtyacre stands at a height of 5 feet 10 inches.

Coming towards his weight, he is extremely underweight for his age due to the lack of muscles and surgeries that he has gotten into.

Back in 2020, he had been in the middle of controversy when he revealed that his former fiancee, Chilly, Tito, and her sisters; pressurized him for cheating on Chilly with Elaina.

After that, in early 2020, he disclosed that they are not together anymore. At the time, he told that Chilly had been cheating on him with a man named Roy. Also, he mentioned Chilly is no longer continuing her career as a YouTuber and has become a golddigger.