Rapper-Author Logic is married and a father one. 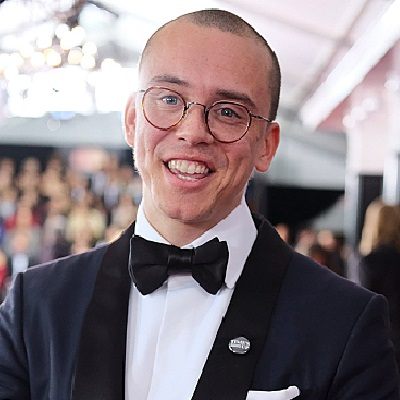 Pure logic is the ruin of the spirit

Logic is neither a science nor an art, but a dodge.

Before that, he was married to the singer, Jessica Andrea. The wedding took place on the 22nd of October 2015. However, they announced that they are separating in March 2018. In the following month, the former couple got divorced.

Through his Instagram account he revealed that, in their divorce, there is no cheating, no fighting, and nothing else. It was just that their marriage is not working. As of now, the former couple shares a friendly bond.

American Logic is a singer, rapper, and songwriter. He is renowned with the stage name Logic and his debut album, Under Pressure.

As of now, he is associated with the video game, The Last of Us: Part II.

Details regarding his siblings are not available.

Robert’s father was a drug addict. Due to that, he remained far apart from his father in childhood. Also, his mother was an alcoholic too.

Apart from that, his brothers were also into drug peddling. Along with his brothers, he was raised by his mother. However, he had an abusive childhood. Growing up in such an environment, he even smoked marijuana. However, he gave up smoking marijuana.

He joined Gaithersburg High School in his hometown. He started skipping his classes when he was in grade tenth. Due to this reason, his academic records were very poor in all subjects instead of English. Later, he was expelled from High School.

First, he developed a keen interest in music when he saw the movie, Kill Bill: Volume 1. At the same time, he met Solomon Taylor who mentored him.

On the 15th of December 2010, Logic released his official debut mixtape, Young, Broke & Infamous. The mixtape earned him the reputation as a budding rapper. After the success of the mixtape, he signed the recording label, Visionary Music Group.

On the 21st of October 2014, he released his debut album, Under Pressure under the recording labels Visionary Music Group and Def Jam Recordings. Within October, 197,000 copies were sold in the United States. Also, the album was Peake at fourth place in the US Billboard and even earned Gold certification by RIAA.

On the 13th of November 2015, he launched his second studio album, The Incredible True Story that peaked at the 1st position in the US Billboard.

Following the album, he launched his third album, Everybody with 12 title tracks. The album against peaked the first position in the US Billboard. Also, the album earned the platinum certification by RIAA. Commercially, the album was a big success with 196,000 in its first week.

On the 28th of September 2018, his fourth album, YSIV under Visionary and Def Jam. Following that in 2019, he released his fifth album, Confessions of a Dangerous Mind which again peaked at the 1st position in Billboard.

The same year, he launched his debut novel, Supermarket which was an instant New York Best Seller.

Recently, he announced his retirement by posting a photo with his son.

Through his singing career, he has made a net worth of $14 million. As a rapper, his earnings are in the range of $21k to $208k. Also, he is one of the highest-paid Rapper.

Apart from that, he also makes royalties of his book. Besides that, he makes it through his musical tours and concerts too.

To date, the rapper has not been through any sort of controversy and rumors that created a buzz in the media.

Logic has hazel eyes with short black hair. His height is 5 feet 9 inches and weighs around 70 kg.