Updated On January 29, 2023 | Published By: Pranov Shrestha
Share this
Single 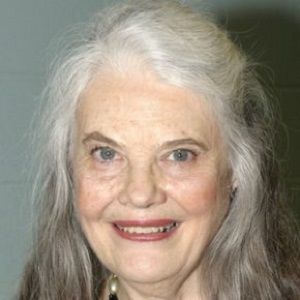 What is the relationship of Lois Smith?

At the age of 18, Lois Smith married Wesley Dale Smith, whom She met in college. They divorced in 1970. The couple had one daughter, Moon Elizabeth Smith.

Around 1951, Smith and her husband decided to leave Seattle and moved to New York City to begin their professional career. After she worked with Elia Kazan on East of Eden, he encourages her to study with Lee Strasberg at the Actors Studio, which she did. She was also mentored in her early years in New York by John Van Druten. In November 1955, she was featured on the cover of Life Magazine.

Currently, Lois is Single and not in relation with any man.

Who is Lois Smith?

Lois Smith is an American actress. She has played supporting roles in films including East of Eden, Five Easy Pieces, Resurrection, Fatal Attraction, Fried Green Tomatoes, Dead Man Walking, Tumbleweeds, Twister, Please Give, and The Nice Guys. In television, she has performed in series that include The Americans, True Blood, and Desperate Housewives.

Lois Smith was born as Lois Arlene Humbert in Topeka, Kansas, the U.S. on November 3, 1930. Her nationality is American and her ethnicity is North American.

Her family included her two sisters, Alice and Marvelle, and three brothers, William, Dillman, and Philip, all of whom are now deceased. Her father moved the family to Seattle when Lois was eleven years old, and he was heavily involved in the church. Wiliam would put on plays at the church in which young Lois would perform.

Lois Smith went to study theater at the ‘University of Washington but did not graduate.

Moving to Smith Lois’s Career, Lois made her television debut in 1953 on Kraft Television Theatre. In 1954 she appeared as the daughter of Mary Astor in a Studio One production. She performed on many series through the 1950s and 60s, guest-starring on Naked City, The Doctors, Dr. Kildare, and The Defenders.

In 1956, she appeared with John Cassavetes in Bring Me A Dream, a teleplay by John Vlahos, and Lois appeared as Felicia on Noon on Doomsday, written by Rod Serling. In 1959, she was given the lead role of Cindy in the teleplay Cindy’s Fella, a modernized version of Cinderella, opposite James Stewart and directed by Gower Champion.

In 1960, Lois performed in The Master Builder as Hilda and as Julie Miss Julie in public television specials. Also in 1960, she appeared as Lena in a teleplay based on Victory by Joseph Conrad, and she appeared in a teleplay version of Men In White by Sidney Kingsley as Barbara Dennin. She also appeared in four episodes of Route 66, and in 1967, she performed in Do Not Go Gentle Into That Good Night on CBS playhouse with Shirley Booth, In 1970, she performed along with Kim Stanley in a television special of Tennessee Williams plays titled Dragon Country.

In 1978, Smith played the lead role of Stacey MacAindra in the teleplay Stacey based on The Fire Dwellers by Margaret Laurence. In 1980, she appeared in the television film The Jilting of Granny Weatherall as the daughter of Geraldine Fitzgerald, and in 1981 she played the role of Bartha in a television film version of The House of Mirth.

Lois Smith also played supporting roles in the Emmy-nominated television film Rage of Angels (1983). The Execution of Raymond Graham (1985), Switched at Birth (1991) and Skylark (1993). She also guest-starred on two episodes of The Equalizer and one episode of Thirtysomething in 1991. In 1991, she also portrayed Alice, the mother of Thelma Todd in White Hot: The Mysterious Murder of Thelma Todd and in 1995, she portrayed Margaret, the mother of Bess Truman in The Emmy-winning film Truman. She has also guest-starred on episodes of The Practice Frasier, Just Shoot Me!, Touched by an Angel, Cold Case, and Law & Order.

Lois Smith was inducted into the American Hall of Fame in 2007.

Lois Smith: Salary and Net Worth

Lois Smith has worked for many years and definitely, she has made lots of money from her outstanding career but, there are no clues about her salary and as of 2022, she has an estimated net worth of $16 million.

Lois Smith has been really open about her personal life and we know all about her career life too. There have been no death rumors too and she is still alive. She is a very honest kind of actress who has never been into any kind of rumors as well as in any controversies to date.

Looking for the physical presentation of Lois Smith, Her height is noted to be 5 feet 2 inches with balanced weight. She has blue eye color and her hair color is salt and pepper.