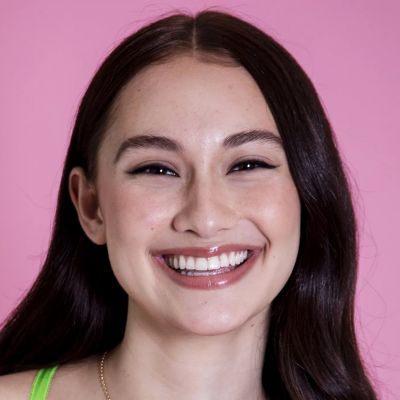 What is the current relationship status of Lola Tung?

Lola Tung is single right now. She is not currently involved in any romantic relationships. She is devoting her energies to her profession.

She has never mentioned her romantic relationships with her lovers. Perhaps when she is in a relationship, she may tell the media about her boyfriend.

Who is Lola Tung?

In 2022, the actress is racking up the limelight after appearing as  Isabel “Belly” Conklin, in the Amazon series, The Summer I Turned Pretty. The series premiered its first season on June 17, 2022.

Similarly, she belongs to Asian descent and as per the astrological chart, her birth zodiac sign is Scorpio.

As per the sources, it is known that she is the only child of her parents, so does not have any siblings. However, the actress has not opened up any details related to her parents.

In 2020, Lola made her completed her graduation from Fiorello H. LaGuardia High School of Music & Art and Performing Arts.

In the fall of the same year, she enrolled at Carnegie Mellon University School of Drama, taking acting as a major.

As per various sources, in 2022, Lola made her small screen debut by appearing in the American drama series, The Summer I Turned Pretty. She has portrayed the lead cast of Isabel “Belly” Conklin, in the series.

It is based on Jenny Han’s novel trilogy, of the same name.

What Is The Net Worth And Salary Of Lola Tung?

The rising star might have made a good income from her debut project, The Summer I Turned Pretty. After this appearance, hopefully, the actress will get an offer for big projects as well.

Has Lola Tung Ever Faced Any Rumors Or Controversies?

Lola Tung has just begun her acting career and has quickly achieved popularity and recognition. She has also managed to strike a balance between her personal and business lives.

Tung has never used both life and complexity. She has always avoided unfavorable rumors and scandals that may harm her personal life or work.

This cast of The Summer I Turned Pretty’s actress, Lola stands at the height of 5 feet 6 inches while she weighs around 52 Kg.

Furthermore, the actress has beautiful fair skin along with a pair of dark brown eyes and hair of the same color as well.

There is also a fan-based Facebook page under her name, that has nearly, 5.7K followers.