Lola Van Wagenen is a happily married woman. She gets married to George Burrill on July 17, 2002, in Shelburne, Vermont.

George is the founder of the international development firm ARD. In 2012, the couple together formed the New American Scholarship Fund at Champlain College.

Earlier, Van Wagenen was married to actor Robert Redford in Los Angeles on 9 August 1958. There was rumored that the couple was secretly married a few months earlier before getting married publicly in Las Vegas.

They had four children named Amy Redford, James Redford, and Shauna Redford Schlosser. Unfortunately, her one child died as a result of the Sudden Infant Death Syndrome. 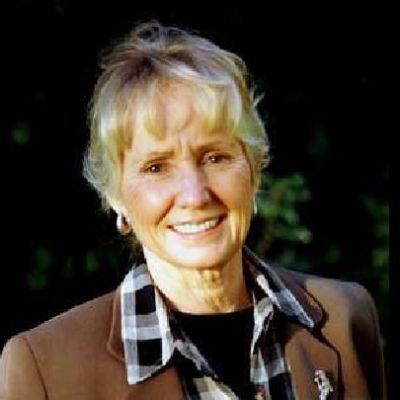 Who is Lola Van Wagenen?

Lola Van Wagenen is an American film producer, historian, activist, and environmentalist. She is the founder of Clio Visualizing History Inc.

Wagenen is also best known as the former wife of actor Robert Redford.

Lola was born in a Mormon family to Frank Afton Van Wagenen (father) and Phyllis Van Wagenen (mother). However, there is not much known about her siblings in the media.

Further, she holds American citizenship whereas her ethnicity is unknown at the moment.

Talking about her academic qualification, she went to Vermont College from where she earned a bachelor’s degree in the year 1982.

She then obtained a master’s degree in Public History from New York University in 1984. Similarly, she completed her Ph.D. in American History at NYU.

In October 2012, she was honored with the Distinguished Alumni/Alumnae Achievement Award from the Graduate School of Arts and Sciences at NYU.

In 1970, Lola started a non-profit organization, Consumer Action for Now (CAN) along with Ilene Jones Goldman, Linda Stewart, and Cynthia Burke Stein in New York City. She served as the co-chairperson of CAN until 1980. Wagenen also wrote numerous articles for the CAN newsletter covering different consumer education subjects in each issue.

From 1975 to 1977, she worked on a project of The Sun Fund with the aim of educating the public about the importance of energy conservation and the use of alternative sources of energy. Similarly, Wagenen wrote several books including Sister-Wives and Suffragists: Polygamy and the Politics of Woman Suffrage 1870- 1896. Apart from this, she is an executive producer for the documentary film Miss America: A Documentary Film, for PBS American Experience.

The historian has managed to maintain a clean profile. He hasn’t been part of any sorts of rumors and controversial matters that create headlines in the media.

Lola’s primary source of income is her profession as a historian. As of 2021, she has accumulated an estimated net worth of around $2 million to $3 million.

However, her salary and other earning are still under review. Talking about her former husband’s income, he has an estimated net worth of around $170 million as of 2021.

Talking about Lola’s physical appearance, she stands at the height of 5 feet 8 inches tall. Likewise, her weight is about 88 kg.

She has a hazel pair of eyes and her hair color is blonde.