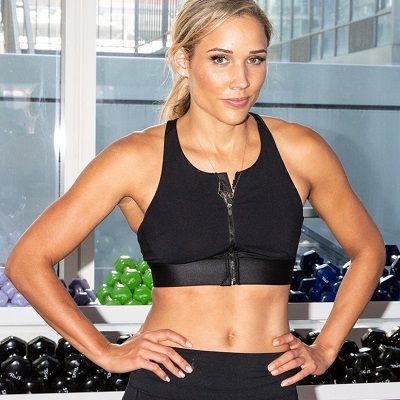 A failure isn't a failure if it prepares you for success tomorrow: There's always a point where you get knocked down. But I draw on what I've learned on the track: If you work hard, things will work out.: Sometimes bad things are going to happen in your life, and those things can make you stronger if you just learn how to get over them.

Who is Lolo Jones?

Lolo Jones is an American hurdler and bobsledder. She specializes in 60 meters and 100-meter hurdle. She has won three NCAA titles.

This bobsledder was born on August 5, 1982, in Des Moines, US. Her birth name is Lori Susan Jones and has a mixed ethnicity of All-American, French-Canadian, Norwegian, German, Swedish, Irish.

Her father’s name is James Jones and her mother’s name is Lori Jones. Jone’s father spent his most of time in Airforce and later in prison.

Jones’s family settled in the basement of Des Moines Salvation Army church when she was in third grade.

She attended Theodore Roosevelt High School. She graduated with a degree in economics and Spanish. At Roosevelt, she excelled in the classroom keeping her grade up and playing the cello in the school orchestra.

Lolo Jones originally enrolled at Iowa State University through its Upward bound program. In 2002, she was runner up in both 100 meters hurdles and 4*100 meter relay at NCAA outdoor championships.

In 2003, she won 60-meter hurdles at NCAA indoor championship.

After failing to qualify for the 2004 summer Olympics in Greece she found herself contemplating her future. She won her first national championship in 2007, winning the 60 m hurdles at the USA Indoor Championships.

Lolo defended her 60m hurdles Indoor World Title in Doha after finishing with a time of 7.72, a new American record in the 2010-2011 seasons.

The average salary of Lolo is $37,500. Meanwhile, according to some sources, her estimated net worth is $1.5 million.

Jones publicly discussed that she is saving herself for marriage, which was controversial. Jones was in a relationship with Brad Wing. She shared a funny post on Instagram and revealed she was single.

Similarly, her shoe size is 9 US, bra size is 34 A, dress size is 6 US.  She has green eyes and her hair is Light Brown.