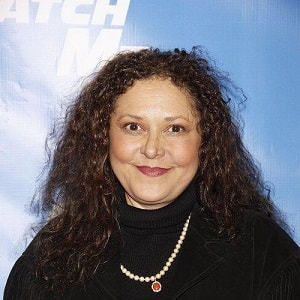 When I left my husband, there was no work and no money. And so my new boyfriend and I were forced to move to an area of Fort Greene [Brooklyn, NY] that was very drug infested, and it was very hard. I got recognized a lot on the streets. They thought we had something that we didn't. I'd get a lot of comments like: 'Why are you living here? You're a star.' And I thought, 'Movie stars got to pay their rent, too.'

Who is Lonette Mckee?

Lonette Mckee is a famous American actress, producer, music composer, songwriter, director, and screenwriter. She is best recognized for her role as Sister Williams in the original 1976 musical-drama film ‘Sparkle’.

She was born on July 22, 1954, in Detroit, Michigan, USA. She is currently 64 years old. Her father’s name is Lonnie McKee(African American bricklayer and auto manufacturer employee) and her mother’s name is Dorothy McKee(European). She is the second daughter of three daughters and one of her sister’s name is Kathy Mckee.

Talking about Lonette’s education history, she studied film directing at The New School in New York and later apprenticed directing with filmmaker Spike Lee. Also, she studied singing with Dini Clark and ballet with Sarah Taylor in Los Angeles.

She started her career as a recording artist in Detroit as a child music prodigy. At the age of 7, she began writing music/lyrics, playing keyboards, and singing, and performing. Then, she recorded her first record titled ‘Don’t Worry About it’ in 1968.

Similarly, she wrote the title song for the film ‘Quadroon’ at the age of 15 and her sister, Katherine McKee was also in the video. After several years, she appeared in the hit 1976 musical drama film ‘Sparkle’. In addition, she has written and produced three solo LPs.

Likewise, she appeared on Broadway debut performance in the musical ‘The First’ in 1981 in which she portrayed the role of Jackie Robinson’s wife Rachel. She became the first African American to portray the role of Julie in the Houston Grand Opera’s production of Show Boat in 1983.

Recently, she is developing plans in order to establish a performance arts center in the New York tri-state area. Furthermore, she is producing her first feature film ‘Dream Street’ which she wrote and will direct.

She must have earned a decent sum of money from her professional career however, she has not revealed her exact net worth, salary, and income.

Lonette Mckee has black eyes and hair. But, other information regarding her height, weight, body measurement, shoe size, dress size, etc. are not available.