He rose to fame for his recurring roles as Young Randall Pearson in the NBC hit drama series This Is Us. Also, he is a co-founder of "fix your heart".

Lonnie Chavis is currently enjoying his teenage life. He is more focused on his studies rather than being in a romantic relationship. As of now, he is single. 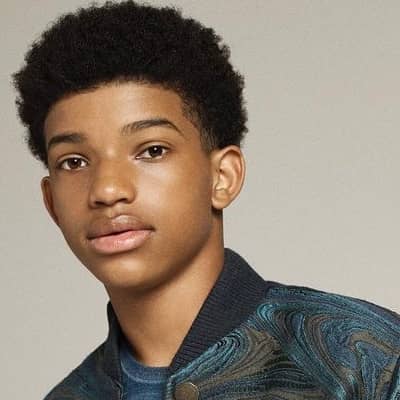 Who is Lonnie Chavis?

Lonnie Chavis is an American actor, voice artist, and activist. He rose to fame for his recurring roles as Young Randall Pearson in the NBC hit drama series This Is Us. Also, he is a co-founder of “fix your heart”.

Lonnie was born on the 23rd of November, 2007, as Lonnie Chavis. He hails from Downey, California, U.S.

He holds an American nationality belongs to All-American ethnicity.

Lonnie is the eldest child of his parents Lonnie Chavis (father) and Najah Chavis (mother).

He has three younger brothers named Andrew, Tyler, and Ryan. Further, he is still in high school and he was homeschooled in the year 2017.

In 2015, Lonnie made his television debut in a minor role in an episode of Dudes & Chicks of Bella and the Bulldogs. He acted in short films like Tortoise, What Showers Bring, and so on.

Chavis emerges the fame after joining the cast of This Is Us as a young version of Sterling K. Brown‘s Randall Pearson in 2016. In early 2017, he guest-starred in an episode City of Lost Children of superhero television series Supergirl.

Chavis made his feature film debut in the Academy Award-winning short film Skin. In 2020, he got three films Magic Camo, The Water Man, and The Boy Behind the Door.

He also appeared in Kevin Hart’s Guide to Black History as Robert Small’s son which premiered on Netflix in 2019. Lately, he made guest-starred in an episode Miracles of God Friended Me.

At the age of 8, he was nearly kidnapped from outside his home in Long Beach, California while taking out the trash.

Fortunately, he was able to escape from the kidnappers and alert a neighbor who later took him back to his home.

The young actor definitely living a stardom life. He received $14,368 for 14 days of work while featuring in a supporting role in the 2020 comedy family film Magic Camp.

Likely, he makes $10 thousand per scene on the showtime series White Famous.

Further, his current net worth is still under review.

The young actor stands at a height of 4 feet 9 inches tall and his weight is about 50 kg.