Loree Rodkin is at present possibly living a single life. The details of her current affair and boyfriend are not disclosed.

But she was once engaged. She has exchanged rings with a poet and singer, Bernie Taupin. Their romance was started in the year 1975 and they were together for four years. 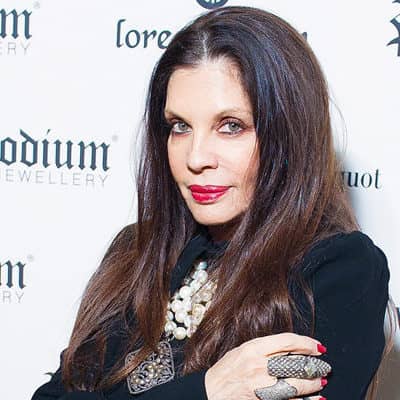 Who is Loree Rodkin?

Loree Rodkin is an American designer of jewelry. She is mostly known for her amazing designs of rings, earrings, necklaces, bracelets, and more.

Plus, she also designs home and is a talent agent. In Jan 2009, her designed earrings, cocktail ring, and diamond bangles were worn by Michelle Obama.

She was born on 25 Feb 1949 in Chicago, Illinois, USA. The name of her father and her mother’s name is unknown.

Loree’s ancestry is Caucasian and talking about her academics, she has hidden the details.

Loree Rodkin at first started her journey by being an interior designer. Her creativity can be seen in homes of stars such as Alice Cooper, Rod Stewart, and more.

She also helped to launch the careers of several megastars as a talent manager. She assisted Brad Pitt, Robert Downey Jr., and Sarah Jessica Parker on their professional timeline.

As a jewelry designer, Loree is at the peak of her career. Having clients such as Rihanna, Elton John, Madonna, and Michelle Obama, she is ruling the industry.

Her designed rings, earrings, bracelets, necklaces, fragrances, and eye couture are unique and panache. Her signature jewelry is a bondage ring that covers a whole finger.

As of 2022, her estimated net worth is around 1 million dollars. However, her salary and other earnings are unknown.

Her creations are sold globally in specialty stores.

This creative designer is keeping herself away from rumors at present.

Regarding Loree Rodkin’s body features, her height and her body weight are average. Moreover, her eyes are light brown with dark brown hair.

Loree is active on social networking sites. Her Facebook and Twitter accounts are followed by more than 5.7k and 4k people.

Moreover, her Instagram has more than 46k followers. She mostly posts the designs of her jewelry.