Lorelei Linklater is currently in a relationship with musician Justin Jacobs. The pair has been together since February 2015. Neither of them has spoken regarding the future of their relationship. 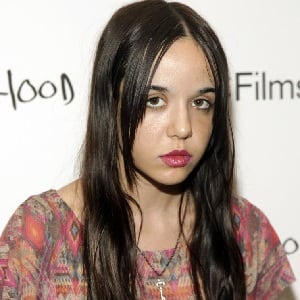 Who is Lorelei Linklater?

Lorelei Linklater is an American actress. People mostly know her for her appearances in movies like ‘Blood Surf’, ‘Bomb City’, and ‘Waking Life’ among others. She is the daughter of Christina Harrison and director Richard Linklater.

Linklater was born in San Miguel de Allende, Mexico as Lorelei Grace Linklater on May 29, 1994. She was born to parents Christina Harrison and director Richard Linklater. Additionally, she developed an interest in acting at an early age. She is of American and Mexican nationality. Furthermore, she belongs to a Mexican ethnic background.

Talking about her education, there are no details available about Linklater’s educational background at present.

Linklater initially appeared in the movie ‘Waking Life’ in 2001 as a young girl playing the paper games. In 2002, she had the role of a young spy in another movie ‘Spy Kids 2: Island of Lost Dreams.’ Additionally, she also appeared as Samantha in the 2014 movie ‘Boyhood.’ In addition, she played the role of Claire Baker in the movie ‘Occupy, Texas’ in 2016. Furthermore, she has appeared in numerous other movies and television series. All in all, she has over 10 credits as an actress.

Some other movies and television series that Linklater has appeared in are ‘Blood Surf’, ‘Hard Water’, ‘We the Coyotes’, ‘When We Burn Out’, and ‘Bomb City.’

Linklater won the BSFC Award in 2014 for her performance in ‘Boyhood’. Additionally, she has garnered the nominations for DFCS Award, FFCC Award, and GAFCA Award.

Linklater has not revealed her current salary. Furthermore, there are no details available relating to her net worth.

Linklater became part of a controversy in May 2016 after she was charged with cocaine possession and DUI in Waco. The DUI charge was dropped. In addition, there were several rumors which suggested that Linklater might be dating actor Ellar Coltrane in 2014.