Loren Gray is a Tiktok star, internet sensation. Loren is in a romantic relationship with @dysndysn.

Social media star Loren Gray is in a relationship. Her boyfriend’s name is unknown. However, his IG username is @dysndysn. The couple is quite open about their affair and keeps posting their cute photos on their respective social media handle.

They began dating each other in 2016. They are often seen together in public places and photos. However, the couple broke up.

Loren has said that she had a boyfriend before Roman, but she hasn’t disclosed the name of her previous boyfriend. 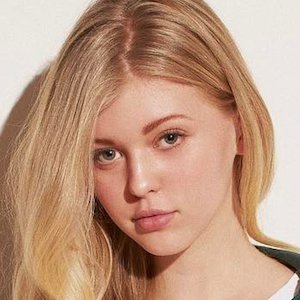 I always have a ring light with me. Last year I was 16, it was my first round of releasing music. Since then I've been working more on having an identity as an artist and really figuring out what it is that I want to talk about and how I want to sound. I'm not a big celebration person, I don't need a big party. I just want to hang

Who is Loren Gray?

Loren Gray is an American teen social media star. She is a famous musical.ly star famous for her Loren gray musical.ly account, where she has more than 17 million followers.

She is also famous for other social media such as YouTube, Instagram, and YouNow. Besides social media fame, she is an actress, model, musician, and dancer.

How old is Loren Gray?

Loren Gray is 18 years old. She was born on April 19, 2002, in Pennsylvania, USA. Her nationality is American and she is of Native American ethnicity.

Loren is homeschooled and currently, she is studying in middle school.

Loren began her career as a child model at a young age. As a child model, she has appeared in Teen Vogue and Seventeen Magazine. She became popular with her Loren gray musical.ly account.

On the account, she has gained more than 17 million followers.

Loren has her self-titled YouTube channel where she posts videos with her friends. She has more than 1 million subscribers on YouTube. On every social media, she is famous as Loren Beech.

In 2016, she earned nominations at the People’s Choice Awards, the Teen Choice Awards, and the VMAs. In early 2017, she became a part of a tour with Nathan Triska, Tyler Brown, Blake Gray, and HRVY.

Seeing her performance in her field we can assume that she earns a good salary. She earns $175,000 per endorsement.

Loren became a part of a controversy when Baby Ariel leaked their secret video in 2016. After the video leak, Loren told Baby Ariel to die, for which she faced criticisms from many fans and other people.