Loreto Peralta is an actress and Tv star who was on Instructions Not Included(2013), The Little Mermaid(2018), and All the Freckles in the World(2019).

Talking about her love life, Loreto Peralta is presently single and she is not dating anyone at the moment. She might be focused on her studies and career at the moment.

Moreover, Peralta has not shared any details about her relationship or affairs in the media and public till now. She seems to be very private in nature. Hopefully, we might see her dating her dream guy in the future. 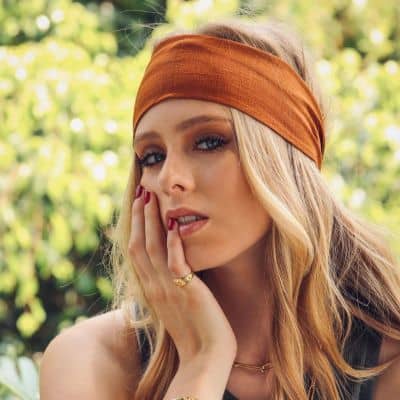 Who is Loreto Peralta?

Loreto Peralta is a well-recognized American actress and Tv star. Peralta is widely famed for her role in Instructions Not Included(2013), The Little Mermaid(2018), and All the Freckles in the World(2019).

Moreover, she gained high attention after her character as Maggie in the movie, Instructions Nor Included.

Loreto Peralta was born on 9 June 2004. At present, her age is 16 years old. Likewise, her birthplace is Miami, Florida, the USA.

Loreto is the daughter of her father, Juan Carlos Peralta whereas her mother is Greta Jacobson. Moreover, her grandfather is a famous Mexican businessman Carlos Peralta. His granddad is a Mexican billionaire and is a real estate mogul and the owner of the Mexican baseball team Tigres de Quintana Roo. She has a sister as well whose details are still not mentioned in the public.

Talking about her nationality, Peralta holds an American identity whereas her ethnicity is Mexican.

Regarding education, the star has not revealed her academic background to the public. She might be pursuing her higher education from a local high school in the town.

Well, Loreto is better known as a child actress. She began her acting profession at a very young age. Likewise, the actress is a young famed model, and a social media influencer too. Peralta made her television debut at the age of 9 years old. She was about to work on the new version of the movie, Poltergeist. Sadly, the actress denied the project.

Furthermore, the juvenile actress then realized the offer in the movie, Instructions Nor Included via Eugenio Derbez‘s Tweet. She possessed all the qualities that Derbez was looking for. As a result, Peralta performed Derbez’s child in the 2013 movie.

At the beginning of 2018, Loreto completed the recording of The Little Mermaid where she lent her voice to the character Elle. The film got released on 17 August 2018. Similarly, Peralta started her modeling career for the 2018 Autumn-Winter campaign for the clothing designer Raquel Orozco.

Recently, the actress featured in the movie, All the freckles in the world where she was seen portraying the character of Christina Palazuelos.

A prominent star, Peralta has earned a handsome amount of money from her profession. She lives an elegant lifestyle along with her family.

It is reported that Loreto Peralta has an estimated net worth of $500k-$1 million. Similarly, she has earned from her work in acting, modeling, and brand endorsements as well.

Loreto has never been part of any controversial matter or rumors till now. The child actress has been surrounded by her professional and private life.

It seems that Peralta prefers enjoying her personal life and does not want to merge it with her professional life.

16 years old star, Loreto Peralta has gorgeous barbie looks, charming eyes, and an admirable personality. She stands at a height of 5 feet 6 inches. Also, she has a balanced body weight of 55 kg.

Furthermore, Peralta has grey eyes whereas her hair is dirty-blonde. Her body measurement is 28-20-28 inches(chest-waist-hip) respectively.

Loreto wears a bra size of 28B.

Regarding her social media presence, Loreto Peralta is an active personality on social media. Loreto has more than 2.4 million followers on her official Instagram account @loretoperalta.

She is also active on Twitter with around 62.2k followers.

Moreover, Peralta is also available on Facebook with nearly 304k fans and supporters.