Posted on January 2, 2022 | In Affair , Pregnant , Relationship
Share this 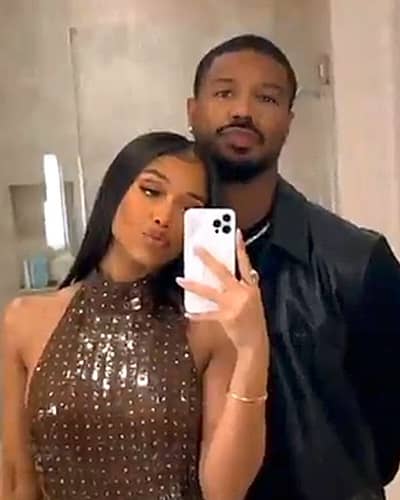 Lori Harvey is famous as an American television presenter, Steve Harvey’s daughter. She is now an entrepreneur and opened her own beauty venture, SKN by LH.

Lori with 4 million followers on IG celebrates New Year 2022 with her boyfriend Michael and her girlfriends.

She posted a series of stories on her IG handle with boyfriend captioning,

She also posted stories with her girlfriends writing,

“Bringing in the new year with my girls.”

After she wrote this caption, questions about her pregnancy are the buzz.

Lori’s New Year’s eve stories with her boyfriend Michael captioning him ‘Babydaddy’ has created a doubt in the H-Town that she is expecting a baby.

However, there is no confirmation from anyone.

Besides, Michael is quite low-key about his romantic affair, and when asked about his relationship with Lori, he says,

“I’m still private, and I want to protect that, but it just felt like it was a moment of just wanting to put it out there and move on. I am extremely happy,”

“I think when you get older, you feel more comfortable about the [public nature] of the business that we’re in. So for me, it was a moment to, I guess, take ownership of that and then get back to work.”

As per the reports, Lori is dating actor, producer Michael B. Jordan since November 2020. Further, the couple made their affair official on 10th January 2021 sharing a romantic picture of them.

Lori Harvey is an American model known for her successful modeling career. She has done modeling and endorsement work for brands like Dolce & Gabbana, TRESemmé, and NyQuil & DayQuil.

She has a huge social media fan base with more than 4 million followers on her official Instagram account. More bio…