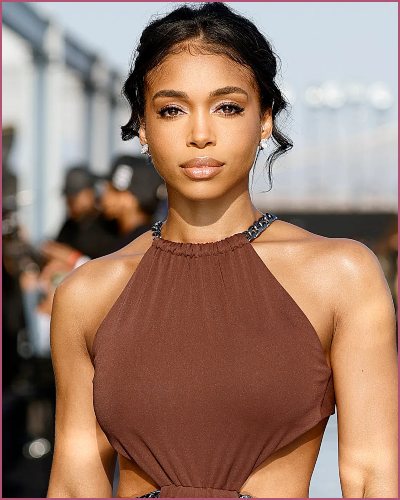 Lori Harvey is a single woman post her breakup with Michael B Jordan.

The pair who dated for almost two years called it quits earlier this year and the model is ready to talk about it.

Lori appeared in her close friend Teyona Taylor‘s series Luv2Seelt where the ladies talked about relationships.

Taylor asked her longtime friend about what her red flags are when in a relationship to which Harvey replied:

”I would say if you’re too close to your exes that’s a red flag. Cordial, OK, you speak. I don’t want y’all to have beef either ’cause then that gets messy… On the flip, how would you feel? Are you cool if I’m still cool with my exes?”

The model, however, noted that having blad blood with an ex is also a red flag. She continued:

“I don’t want y’all to have beef either because that gets messy.”

The model also revealed green flags in a relationship

“I was actually a horrible communicator. I just didn’t realize that it was that bad, but I learned. It’s something that I’ve been actively working on.”

The SKN by LH mogul also revealed that she’s now in a sexier place and has figured out what she wants in a relationship.

”I’m more mature. I’m in a different headspace, too.”

Lori who was once engaged to Dutch soccer player Memphis Depay almost got married very young which affected how she views dating now.

After announcing their split in June, Lori and Michael have removed all pictures of one another on their Insta accounts.