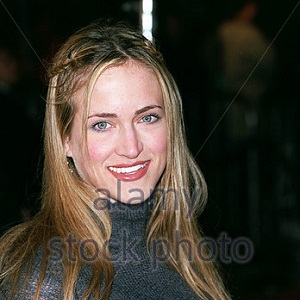 There have been no any instances of the mentions or sighting of her relationship till date. She is thus, presumed to be enjoying her single life.

Who is Lori Heuring?

Lori Heuring is an American film and television actress. She is perhaps most known for her starring role in 8mm 2, as Alice Richards in The Locket (2002), and as Mrs. Kesher in David Lynch’s Mulholland Drive (2001).

Heuring was born Lori Ann Heuring on April 6, 1973, in  Panama City, Panama. Her nationality is American and ethnicity is North American.

She has a brother named Jason Heuring. The family later moved to and thus, she was raised in Austin, Texas, USA. Other than this, nothing much is known about her. This includes whereabouts of her parents, ethnicity, early childhood days, teenage days, etc.

About her educational background and qualifications, she went to the University of Texas at Austin.

She did theater growing up in Austin, but never really thought of acting as a career. Even at one point, she was considering ice skating as her future. She was first seen in 8 Seconds in 1994, followed by Texas Justice and Animal Room in 1995. In 1996, she appeared in Walker, Texas Ranger, Below 30, Above 10,000, 7th Heaven, and Ellen.

She played in The Player, The Visitor and Murder One in 1997. In 1998, Heuring acted in Getting a Job, To Have & to Hold, Legacy, Blade Squad, The Newton Boys, etc. From 1999-2000, she appeared in seven works including Wasteland, Snake Tales, Just Sue Me, etc.

In 2001 alone, she appeared in 5 works, including Pretty When You Cry, Mulholland Drive. The year 2002 saw her in 4 works, King’s Highway, The Locket, Going to California and Taboo. In 2003, she appeared in Anger Management, Runaway Jury, Two Harbors, and Connecting Dots.

She played in The Scare Hole, Perfect Romance, and Soccer Dog: European Cup in 2004, followed by Undiscovered and 8MM 2 in 2005. In 2006, she played in False Prophets and Wicked Little Things. She had roles in R.P.M., Prom Night and The Poker Club, in 2008.

Lori Heuring: Salary and Net Worth

Heuring has not been dragged into any kind much significant case of rumors and controversies till date. She has thus, managed to keep her public image clean.