Updated On August 16, 2020 | In controversy , Interesting Facts , Lifestyle
Share this 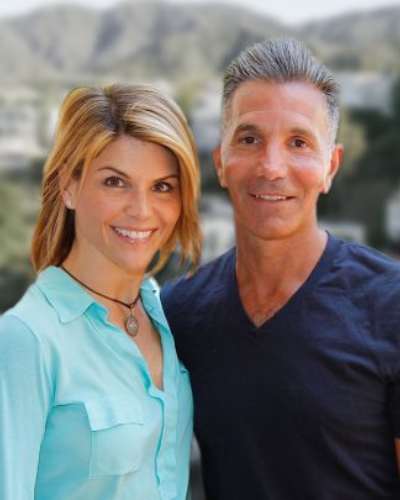 Lori Loughlin, an Amerian actress and her husband Mossimo Giannulli has bought 9.5 million dollar home together. They may have sentenced to jail soon with their ongoing bribe controversy. However, they bought their home for the couple. Here is the quick insight into their 9.3 million dollars lavish house.

The American actress and the fashion designer has bought 9.5 million dollar home together. The house is new construction on 11,750-square-foot which lies in Hidden Hills. The 9.5 million dollars home consist of six bedrooms and nine bathrooms.

The couple’s house is around the size of Bel-Air Mansion which they sold with the retail value of $18.7 million last month. Their house which is in 16 acres has their personal gym, movie theatre, and views of San Fernando Valley. It also has a fire pit, barbeque place, and a swimming pool.

The house which is in a gated community has a modern farmhouse-style residence. The lavish residence is two-story which gives the vibe of lavish country living with maple floors, high-end ceilings, and warm tone. The property has a formal living and dining room with their chef’s kitchen.

The kitchen has white-oak cabinetry, marble counters, and it’s own butler’s pantry. The house also offers the tranquil master retreat with a fireplace and dual bathroom upstairs. The couple will soon move to their 9.5 million dollars lavish home together.

The couple will soon have a sentence to jail for giving bribes to the college for their daughter’s admission. They have the allegation of giving $500,000 to the University of Southern California. They paid the amount to get their daughters Olivia Jade and Isabella in the university as members of the school’s rowing team. However, both of them have never engaged in any type of sport.

You may also read- Insight on Selena Gomez’s new crib! Know about her home quarantine!

Lori Loughlin is an American actress, model, and producer. She is best known for her role as Rebecca Donaldson-Katsopolis on the ABC sitcom ‘Full House’ from 1988-1995. Also, she is also recognized for her performance in the ‘Fuller House’ from 2016-2018. See more bio…

You may also read- Paris Hilton seems to have found her home in new boyfriend Carter Reum!

All about Chrissy Teigen and John Legend’s third pregnancy! A recall to their beautiful wedding and relationship
Tags : American Actress Model Producer