Lori Vallow’s relationship status is married. She exchanged vows with her fifth husband, Chad Daybell in 2019. They both are facing murder charges for killing their past spouses.

Lori first wedded at the age of 19 years to her high school boyfriend Nelson Yanes  in 1992 but got divorced shortly. Then she walked the aisle with ​William Lagioia​ in 1995, divorcing him in 1998. From their union, they welcomed a child, named​ Colby Ryan.

Her third wedding was with Joseph Anthony Ryan Jr. ​ which took place in 2001. Anthony legally adopted her son Colby and welcomed their own kid Tylee Ryan. But like others, this marriage ended with a rough end in 2005.

Lori in 2006 tied the knot with Leland Charles Anthony Vallow. They do not welcome their own kid but adopted the grandnephew of Lori named Joshua Jaxon “J.J.” Vallow. This wedding ended with the death of Charles in 2019. 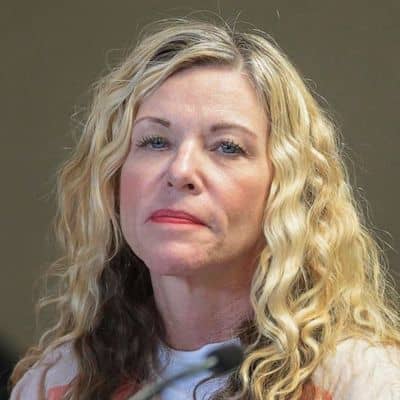 Who is Lori Vallow?

Lori Vallow is an American citizen who used to be a dancer and has founded Dancing Studios. Lori Vallow along with her current husband is accused of killing her two children.

She was kept under the care of the Idaho mental health facility and recently, she was declared mentally fit for the murder proceedings.

She turned the head of the people after getting charged with the murder of her own children. She along with her current life partner Chad are facing the killing accused of Tylee Ryan, 17, and Joshua “JJ” Vallow 7.

The case started with the sudden disappearance of those kids in Sep 2019. The report was filed in was filed May 2021 and after investigation, their dead remains were found in June 2020 at Daybell’s house in Fremont County, Idaho.

They were bot tested where Lori was found not competent to proceed. After getting care in a mental hospital in April 2022, it was reported she is fit for her murder trial. She will be held by the Fremont County Sheriff before her arraignment on April 19 of 2022.

The killing of a Former Spouses

Daybell and Vallow both are facing other killing charges along with the charge of murdering Tylee and Joshua. She is accused of conspiracy to commit first-degree murder in the death of her fourth husband, Charles Vallow.

Similarly, she plus Daybell are also found in killed Daybell’s late wife Tammy in Oct 2019.

Her birthdate is 26 June 1973 she was born in San Bernardino, California, the United States as Lori Norene Cox. The name of her mother along with her father is unknown.

Further, Lori Vallow’s ancestry is Caucasian, and has a sister named Summer Shiflet plus a brother Adam. Her other sibling Alex Cox died in Feb 2019.

As per her academics, she passed high school studies and then graduated from college.

Lori Vallow’s work-life details are not that public. She was in the limelight after the police found two dead bodies in her Idaho home.

As of 2022’s information, Lori has a net worth of around $10 thousand which is estimated. Her per month salary is still behind the curtain.

Lori Vallow’s height is 5 ft 5 inches and her body weight is 61 kg. Furthermore, she has brown eyes and her hair is blonde in color.