Lorne Michaels was initially married to Canadian Actress Rosie Shuster. They were married for 8 years. The pair dated for 4 years after getting together in 1967. The wedding ceremony took place on 5th October 1971. They divorced in 1980.

Michaels’ second marriage was to Susan Forristal. They were married for 5 years. The pair dated for one year after getting together in 1980 and they later married on 13th September 1981. They divorced in 1987.

Currently, Michaels is a married man. He is married to Alice Barry. They have been married for 27 years. They previously dated for a year and later married in 1991. The pair has three children from this marriage, Sophie Michaels, Edward Michaels, and Henry Michaels. 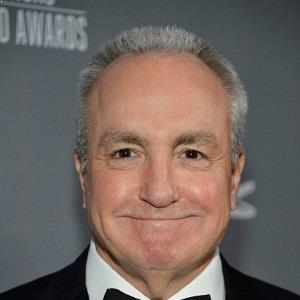 [on John Travolta] John is the perfect star for the 1970s. He has this strange androgynous quality, this all-pervasive sexuality. Men don't find him terribly threatening. And women, well ...

[observation on his career, 2015] To use a tennis metaphor, after a certain point you can't keep charging the net, and you fall back to the lob game. But you can still win.I think I care just as much as I did at the beginning, and I think - at lots of levels - I'm better at it now. You learn to trust signs that something isn't going to work earlier than you used to, or that this person is talking nonsense earlier than you used to, and you're confident enough to to say, "We've got it. Let's move on".

Who is Lorne Michaels?

Lorne Michaels is a Canadian-American television producer, comedian, writer, and actor. People mostly know him as the creator and producer of ‘Saturday Night Live’.

Additionally, he has also appeared in several other movies and television series including ‘Nothing Lasts Forever’, ‘Masterminds’ and ‘Wayne’s World 2’ among others.

Michaels was born on November 17, 1944, in Toronto, Canada, to parents Florence and Henry Abraham Lipowitz. Additionally, he has two younger siblings. His family moved to Toronto, Ontario, Canada when he was an infant and he spent most of his childhood years there.

He is of American and Canadian nationality. Furthermore, there is no detailed information about his ethnic background at present.

Talking about his education, Michaels attended the Forest Hill Collegiate Institute. Later, he attended University College, Toronto and graduated from there with a major in English.

Michaels initially began his career as a writer and broadcaster for CBC Radio. Later, he moved to Los Angeles in 1968. In the 1970s, he starred in the Canadian comedy series ‘The Hart and Lorne Terrific Hour’.

He created the TV show NBC’s Saturday Night’ with Dick Ebersol which later became ‘Saturday Night Live’. Initially, he was the producer of the show, however, he later became the writer and executive producer. Since then, he has been part of several other movies and television series. All in all, he has over 165 credits as a producer.

Some other movies and television series that Michaels has worked as a producer on includes ‘The Tonight Show Starring Jimmy Fallon’, ‘A.P. Bio’, ‘Detroiters’, ‘Portlandia’, ‘Man Seeking Woman’, ‘Late Night with Seth Meyers’, ‘Maya & Marty’, ‘Mulaney’, ‘30 Rock’, ‘Up All Night’, ‘The Guilt Trip’, ‘UCB Comedy Originals’, and ‘Sons & Daughters’ among others. Additionally, Michaels also has more than 30 credits as a writer and 7 credits as an actor to date. Furthermore, he also has credits for soundtracks and directing.

Michaels has won 15 Primetime Emmy Awards in his career. Furthermore, he has also won the Costume Designers Guild Award, Gemini Award, Gold Derby Award and Peabody Award among others. All in all, he has 36 wins and 104 nominations to his name to date. He was also inducted into the Television Academy Hall of Fame in 1999.

Michaels has not revealed his current salary. However, he has an estimated net worth of around $ 550 million at present.

Michaels’s show ‘Saturday Night Live’ has attracted several controversies along its way over the years. Additionally, he has been criticized several times for not casting African-American members to the show. At present, there are no rumors concerning his life and career.

Talking about his body measurement, Michaels has a height of 5 feet 7 inches (1.7 m). Additionally, his hair color is blonde/grey and eye color is dark brown.