Lorraine Ashbourne is an English Film, Television and Theatre Actress. She is married and a mother of three.

Lorraine Ashbourne is married to Andy Serkis who is an English actor, producer, and director. They tied the marital knot on 22 July 2002. 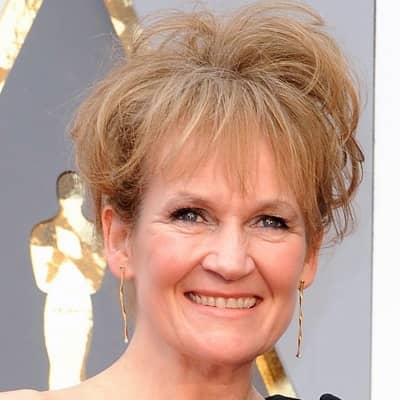 Who is Lorraine Ashbourne?

Lorraine Ashbourne is an English Film, Television and Theatre Actress.

She is most recognized for her multiple roles in the police procedural television series, The Bill.

As of now, she is filming for the film, I Used to Be Famous.

Lorraine Ashbourne was born in Manchester, England on 10 April 1961. As of 2021, she celebrated her 60th birthday.

She was brought up by her parents in her hometown. There are no details about her father and mother. However, she has a younger sister named Jayne Ashbourne who is also an actress. In her childhood, she loved to act and was also part of the school’s acting programs.

She holds the English nationality and belongs to the Caucasian ethnicity. Her birth sign is Aries.

Lorraine Ashbourne started her career in the police procedural television series, The Bill in 1987 as Tracy. This television helped her in her acting career and got huge recognition and was much loved by the audiences and critics.

Later, she was seen in many TV series such as Three Seven Eleven, Peak Practice, City Central, Playing the Field, True Dare Kiss, Silent Witness, The Interceptor, Jericho, Unforgotten, The Crown, Bridgerton, Alma’s Not Normal, and many more.

Besides TV series, she has acted in famous films like Jack and Sarah, The Martins, King Kong, A Bunch of Amateurs, Oranges and Sunshine, Thorne: Scaredycat, The Selfish Giant, and Adult Life Skills among the others.

In addition to Tv Series and Films, she has played in theatres and the most notable of them include She Stoops to Conquer, Your Home in the West, The Brothers Karamazov, Fool For Love, and The Three Sisters.

Talking about her awards and accolades, she was nominated for Screen Actors Guild Award for Outstanding Performance by an Ensemble in a Drama Series.

Of all her professional career till now of 2022, she has accumulated a net worth of over $14M. Similarly, her husband, Andy Serkis has an eye whopping net worth of around $18M.

This reputed actress has never been the topic of any rumors and controversies throughout her career.

Talking about her appearance, she has beautiful light brown color eyes and brown color hair. Furthermore, she is 5 feet 8 inches tall and there is not much information about her weight and other body measurements.

Lorraine is not fond of social media and is not active on any of them.