Lorrie Morgan is an American country music singer. Lorrie is married to Randy White. Randy is her sixth husband! 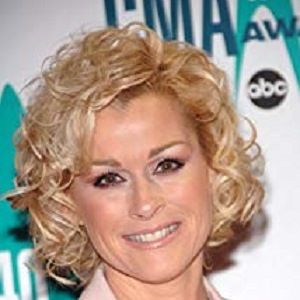 Drama is something that lets you know you're still alive.

From Saturday ❤️ “Happy anniversary to my wife Lorrie ! It’s been a Journey of love and the journey is not done! Living in Panama City Beach Florida with a lot on our horizon ! Still love her as much as I did in this picture!!! Happy anniversary!!!” - Randy White

She married Ron Gaddis in 1979, but the couple parted ways the following year. She had one child with him, daughter Morgan Anastasia Gaddis.

Then, she married Keith Whitley on November 22, 1986, the marriage ended with the demise of Keith Whitley due to alcohol poisoning in 1989. The couple had one child, Jesse Keith Whitley, who is also a musician.

Moreover, she married Brad Thompson on October 27, 1991, but the marriage ended in 1993 with a divorce. She tied the knot for the fourth time with country music singer, songwriter, and musician Jon Randall on November 16, 1996, but the couple divorced in 1999.

She married Sammy Kershaw on September 29, 2001, a country singer and a politician as well. The couple divorced on 23rd October 2007 due to personal issues.

Who is Lorrie Morgan?

Lorrie Morgan is an American country music singer. Whereas, she also started performing publically at the age of 13 with her father, and took the stage at the ‘Grand Ole Opry’, a weekly country music platform.

Lorrie was born in Nashville, Tennessee, the United States on June 27, 1959, to parents George Morgan and Anastasia Paridon.

She belongs to American nationality and English ethnicity. Her birth sign is Cancer.

Lorrie started singing and performing in 1972 with her father in her hometown, Nashville.

Whereas, Lorrie Morgan also worked as a part-time receptionist and singer at an American Music Publishing firm ‘Acuff-Rose Music’.

As a rising vocalist, she was also called to sing on television shows in Nashville, especially by Ralph Emery, a morning television show host, and close friend of her late father George Morgan.

Moreover, she also started singing in nightclubs and performed live openers for other famous American and Canadian country singers and bands like Jack Greene, ‘Billy Thunderkloud and the Chieftones’, and others.

Then, she also performed for the Opryland USA amusement park as a part of the bluegrass show for a couple of years in Nashville, Tennessee.

Her net worth is around $ 6 million.

She sold 6 million copies of her album globally.

In 1992, she was bankrupt and was under the dept of $800,000, however, with her hard work and successful career, she recovered.

On talking about her body measurements, Lorrie Morgan has a height of 5 feet 1 inch and weighs 50Kg.

Furthermore, she has a measurement of 35-26-35 inches respectively. Lorrie’s hair color is blonde and her eye color is blue. In addition, her shoe size is 7.5 (US) and her dress size is 2 (US).

Lorrie Morgan has more than 157.9K followers on Facebook.