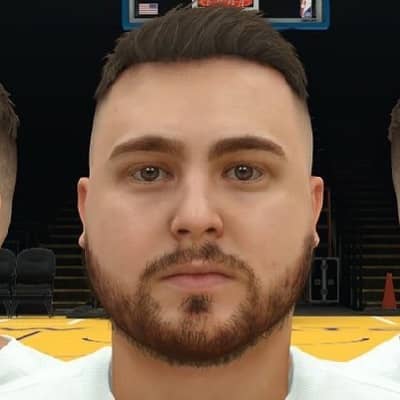 LosPollosTV is possibly single. He has not disclosed details about his affair or girlfriend.

LosPollosTV is an American gamer and social media star. He is popular for his content on YouTube and Twitch where he posts NBA 2K videos.

He was born on 08 Feb 1995, in the United States and his real name is Louis. The name of his father is unknown and his mother’s identity is also not revealed.

But on Father’s and Mother’s Day 2020, he wished and posted a picture of his dad and mom on Instagram

Moreover, his ethnic background is Caucasian but he has not disclosed his academic history.

LosPollosTV is one of the popular streamers. He has started his own YouTube channel on 23 Oct 2014 and as of now, it has gained more than 237k subscribers.

This channel has videos related to daily life, comedy, and pranks. Some of the uploaded contents are MOVING MY ROOMMATES ROOM INTO THE GARAGE PRANK!, WORST WALMART EMPLOYEE PRANK, EXTREME HOT PEPPER H.O.R.S.E CHALLENGE!!!, and more.

He also owns another YouTube channel titled LosPollosTV LIVE. It was made on 16 Dec 2014 and has gained more than 132k subscribers.

Some of his most viewed videos of this channel are No ED…. NOOOOOOO! LosPollosTV – 90 Day Fiancé, Los Art #3 Goes TOO Far, The Best Ask Los Of 2019! *HILARIOUS*, and more.

Besides YouTube, Louis is also a Twitch star and stepped in this platform in 2015. In this, he has the most followers of about 525 thousand. His live streams are loved by the fans.

He owns a Dodge Charger car which he bought in Nov 2019. The net worth of other popular digital users are,

This Twitch star has not been involved in any sort of rumors or scandals yet and is doing great in his digital career.

Regarding LosPollosTV’s body features, his height and his body weight are unknown. Moreover, the color of his eyes is light brown and his hair is light brown in color.

In Sep 2020, he has posted a photo where he has shown his belly fat transformation.

Louis is available on social sites. His Instagram is followed by over 105k people and Twitter has over 266k followers.