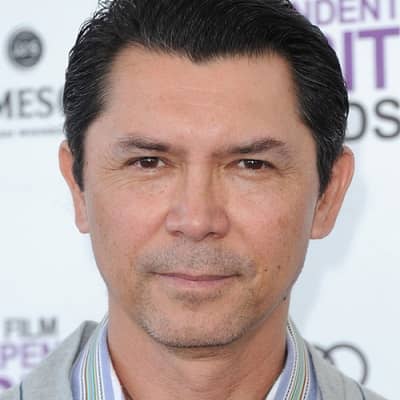 The Gypsy in me still loves going on location

[on Back to the Future 2] The first movie, you knew what was happening, you knew where it was going. This one goes all over the place. You need a map for it

The only power an actor has is the ability to say, "No".

Lou Diamond Phillips is currently married to his third wife, a makeup artist. Her name is Yvonne Boismier Phillips and they started to date in 2004.

Then on 1 Aug 2007, they walked the aisle. Together they are blessed with a daughter, Indigo. She was born in October 2007.

Lou’s first wife was Julie Cypher who is an assistant director. They exchanged vows on 27 June 1987 after dating for a year. But they separated in 1990.

His wedded second time with a model, Kelly Phillips. They met in 1993 and got married on 24 April 1994. They had three children. Their names are Grace Moorea, Isabella Patricia, and Lili Jordan.

But they also got separated and divorced in July 2007. Lou was also linked with adult film star Ginger Lynn in 1990 and actress Jerri Manthey in 19992.

He has also engaged her then-girlfriend, an actress Jennifer Tilly. They were together from 1990 till 1994.

Who is Lou Diamond Phillips?

Lou Diamond Phillips is an American-Filipino actor and director. He is mostly known for his role of Ritchie Valens in La Bamba.

At present, he is portraying the main role of Gil Arroyo in Prodigal Son. It is a crime drama series and he joined the cast in 2019.

He was born at Lou Diamond Upchurch on 17 Feb 1962 in U.S. Naval Base Subic Bay, Olongapo, Zambales, Philippines.

The name of his father was Gerald Amon Upchurch and his mother was Lucita Umayam Aranas. His late dad was a crew chief.

His descent is a mix of English, Scots-Irish, and Filipino. Lou also holds double citizenship of America and the Philippines.

Also, he has attended Flour Bluff High School. Furthermore, he also enrolled at the University of Texas. From there, earned his bachelor’s degree in fine arts in drama.

Some of his short appeared projects are,

Due to his amazing skills, he has won several awards. In 1989, he received Independent Spirit Award and in the same year, he got nominations in Golden Globe Award for Stand and Deliver.

Some of his other awards are,

He holds an estimated net worth of $6 million as of the year 2021. The average salary of an actor is around $57 thousand.

This star actor is at present keeping himself away from rumors or any desperate scandals.

But he was arrested two times. First, he was caught in a domestic conflict which he was having with Yvonne Boismier in Aug 2006. For this, he was kept for three years probation period.

Then in Nov 2017, he again got arrested for reckless driving. He was drunk and he stopped to ask for direction from a policeman. For this, he again sentenced to two years of probation.

Regarding Lou Diamond Phillips’s body features, his height is 5 ft 11 inches and his body weight is 76 kg. Moreover, the color of his eyes is dark brown and his hair is grey.