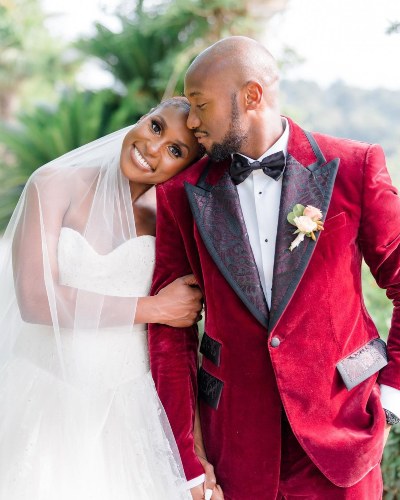 Louis Diame is the husband of actress Issa Rae. The couple walked down the aisle in a private ceremony in the South of France. She confirmed their wedding on 26th July 2021 by sharing several stunning pictures of their wedding on Instagram.

The new bride shared multiple pictures from the wedding flaunting her beautiful Vera Wang gown. She captioned it,

“A) Impromptu photo shoot in a custom @verawang dress. B) My girls came to help me, but they all coincidentally had on the same dress! They were sooooo embarrassed. C) Then I took a few flicks with Somebody’s Husband.”

She wore a custom, strapless gown with a floor-length veil and a bouquet of neutral-colored roses. Likewise, Louis wore a red velvet suit by Dolce & Gabbana. The bridesmaid wore matching mauve dresses and held miniature versions of the bride’s rose bouquet.

“They did it around the holidays. She’s so low-key too—for real! I found out, like, a couple days later, so we’re just gonna let her lead the way.”

Issa Rae is an American actress, producer, and writer. Likewise, Rae is well-known as Issa Dee of the TV series, Insecure.

Next, she will be appearing as Mae in the movie, The Photographs.

She is also an additional voice for Google Assistant. Read more bio… 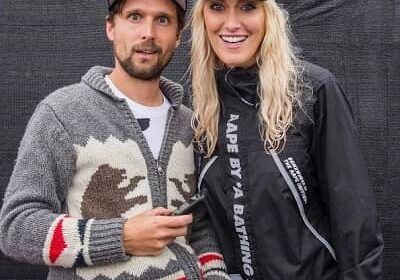