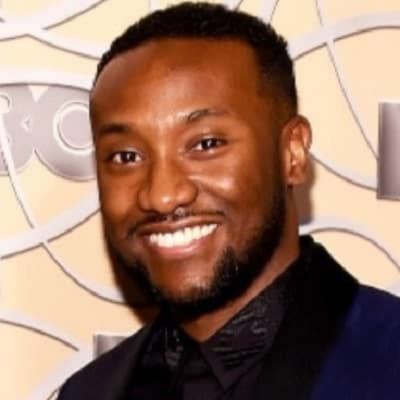 Who is Louis Diame Married to?

Louis Diame is a married man. He has a beautiful wife named, Issa Rae.

In July 2021, Louis tied the knot with his spouse in France. They announced their marriage by sharing a picture of their wedding on Issa’s Instagram account on July 26, 2021.

After some years of dating, he proposed to her, in March 2019. Together, they attended NAACP Image Awards. The couples are often spotted attending red carpets and other events together.

Who is Louis Diame?

Louis Diame is a Senegalese Businessman and Celebrity husband. He is best known to be the husband of American actress, Producer, and Writer, Issa Rae.

He stole the limelight after getting married to Issa Rae on July 25, 2021.

Louis Diame was born in Dakar, Senegal in 1983. Diame is 39 years old as of 2022. Having Senagelese Nationality he maintains African ethnicity. In addition, he follows Christianity as the main religion.

He has not opened any info related to his parents, siblings, and educational life.

Louis Diame is an independent Banking Professional Businessman. After this, there is no clear info on his professional career.

However, he is more famous for being the husband of his wife, Issa Rae.

She started her career in the Theater. After college, she was associated with The Public Theater in New York as a fellow member. She also started taking a class in New York Flim Acamedy. She also did some odd jobs.

– In 2011, she debuted on TV with the series, The Misadventures of Awkward Black Girl as J. The series was premiered on YouTube. Eventually, the series went viral. To complete the series, they also raised the fund through donations and her YouTube channel.

– After the hit debut series, she acted in many TV series like The Number, Orange Is the New Black and Sexy, and Little Horribles.

– In 2012, as a producer, she debuted with the series, M.O. Diaries. After that, she was associated with The Misadventures of Awkward Black Girl as a producer for a single episode only.

– Later, she wrote for the Series, The Choir for 24 episodes. She also directed also a few of the episodes.

– In 2016, she was cast in the TV series, Insecure. The series turned out to be one of the milestones of her career. In 2017, The American Flim Institute named it as top ten American TV series. For the series, she was also nominated for the Two Golden Glode Awards. She was also an executive producer for the series.

– In 2019, she also contributed the voice for the character of Mom in the animated film, Hair Love.

There are no precise details on Diame’s net worth. On the other hand, his wife, Issa Rai has an estimated net worth of $4 million. Her salary as an actress is $21k to $210k.

Louis Diame has maintained a low-key profile. That’s why he has not been involved in any kinds of serious rumors and controversies.

The celebrity husband stands at a good height of 5 feet 11 inches weighing around 79 Kg. Moreover, Louis Diame has a dark complexion and black eyes and hair.