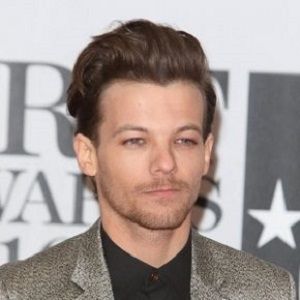 I'm a very loyal boyfriend. I'm a bit of a joker... I can be romantic, but not too sickly

Live life for the moment because everything else is uncertain

To be honest, I don't think I'm the best role model in the world. I'm pretty immature sometimes.

What is the relationship of Louis Tomlinson?

Louis Tomlinson is an unmarried man till date. He has been in few relationships in his life. From 2008 to 2009, he dated Bethany Larkman. He began dating Hanna Walker in 2010 and they broke up later in 2011. In 2015, he dated an unemployed American girl named Briana Jungwirth. The couple had a son named Freddie Reign on 21 January 2016.

They broke up later that year. After that, he began dating Danielle Campbell, an actress. They dated each other until 2016. He is currently in a relationship with Eleanor Calder, a model. He has revealed that he and Eleanor Calder also dated back in 2011. The couple has been together for a while now and they are living a happy life.

Who is Louis Tomlinson?

Louis Tomlinson is an English singer and songwriter.  He is best known as a member of the highly successful British boy band, One Direction alongside Liam Payne, Niall Horan, and Harry Styles. He has received eight Teen Choice Awards with the band. With his band-mates, he has released five commercially successful albums and has performed on four worldwide tours.

Louis Tomlinson was born Louis William Tomlinson Louis on 24 December 1991, in Doncaster, South Yorkshire, England. His nationality is British and he is of English ethnicity.

He is the youngest child of British parents Johannah Poulston and Troy Austin. He has seven siblings. His mother died due to leukemia in December 2016.

Following The X Factor, One Direction was signed to Simon Cowell’s Syco Entertainment in 2010. The band released their first studio album, Up All Night in 2011, followed by their second album, Take Me Home in 2012. Their third album Midnight Memories was released in 2013, followed by their fourth album Four in 2014, and Made in the A.M. in 2015.

Besides singing, Louis has acted in several dramas and films. He began his career as an actor, initially appearing in the ITV drama Fat Friends as an extra. He later appeared on another ITV drama film If I Had You and the BBC drama Waterloo Road. He has also played football for the Football League Championship. He was listed on Debrett’s 2017 list of the most influential people in the UK. With his band, he has won eight Teen Choice Awards.

Louis Tomlinson: Salary and Net Worth

Currently, there are no desperate rumors regarding his personal life and love affairs. On 4 March 2017, he was arrested for battery after attacking a paparazzo at Los Angeles International Airport. He was arrested and later released on $20,000 bail. He was later due in court on 29 March 2017. References:

Louis has a height of 5 feet 7.75 inches. His body weighs 68kg. Besides these, he has Dark Brown hair and blue eyes.

Ex-One Direction member, Zayn’s Been In Touch With Louis Tomlinson Privately And Put Their Break Behind Them