Who is Louisa Jacobson Dating?

Reflecting on the personal life of the actress, Louisa Jacobson, she is possibly single. There is not any information regarding her relationship affairs. Her personal life is not in the limelight.

There isn’t any solid proof that leads to her married lifestyle and children. 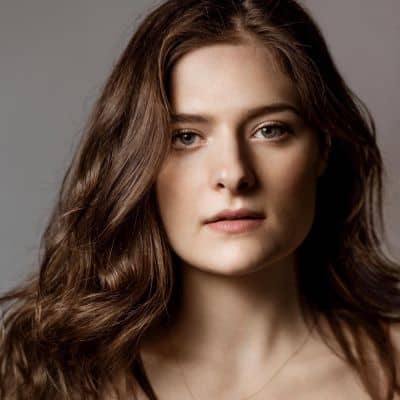 Who is Louisa Jacobson?

Louisa Jacobson is a known American actress and model. Jacobson is famous for her role as Marian Brook in the American historical drama series, ‘The Gilded Age’on January 24, 2022, on HBO Max.

She is also famous for being the daughter of actress Meryl Streep and sculptor Don Gummer.

Louisa Jacobson was born in Los Angeles, California, the United States on June 12, 1991. Jacobson is 30 years old as of 2022 and holds an American nationality.

She is of Caucasian ethnicity while Gemini is her birth zodiac sign according to the astrological chart. Louisa Jacobson Gummer is her full birth name.

She is the youngest daughter of her parents, Meryl Streep, and sculptor Don Gummer. She was brought up with her sisters, Henry Wolfe, Mamie Gummer, and Grace Gummer. All of her three sisters are actresses by the profession.

Moving toward the educational life of Louisa Jacobson, Jacobson went to Poly Prep Country Day School to complete her schooling.

Later in 2013, she enrolled in Vassar College and studied psychology. Furthermore, she enrolled at the British American Drama Academy based in Oxford and earned graduated from the Yale School of Drama with a master of fine arts in acting.

In Carson McCuller’s play ‘Member of the Wedding’ she starred opposite Tavi Gevinson in the year, 2018. Gaye Taylor Upchurch is the director of it.

Similarly, In The Old Globes’ production of Romeo and Juliet, she appeared as Juliet in 2019.

Talking about her most recent projects, she has landed a recurring lead role as Juliet in the second season of the historical drama series, ‘The Gilded Age’ whose renewal was announced in February 2022. The show has not been released yet.

She mentions the surname, Jacobson, which is her middle name, as there already is an actress named, ‘Louisa Gummer.’ There is a policy of the Screen Actors Guild (SAG) that, ‘ no member can use the professional name that is same as or seen to be close with any other member.’

The Gilded Age is Julian Followers’s popular American historical series which aired on HBO on January 24, 2022. Later, it was renewed for a second season in February 2022.

Louisa Jacobson has an estimated net worth of around 1.5 million USD while the yearly/monthly salary she is paid is still under review.

Louisa Jacobson has not been involved in any rumors and controversies being a rising star. If any news related to her is found, it will be further updated.

Louisa Jacobson is feet 9 inches tall and weighs around 70 Kg. There is no info on her body measurements including her waist, bust, and hip size.

Moreover, with a fair complexion, she has a couple of hazel eyes and brown hair.

Louisa Jacobson is present on Instagram under the username, @louisa_jacobson. Her Instagram is enriched with more than 18.1K followers. There is also an unverified Twitter account under her name, which has garnered only a number of followers.

Besides that, Jacobson does not seem to be active on Facebook.

Find Out About, Chrisean Rock, Lindsay Duncan, and JJ Walker.