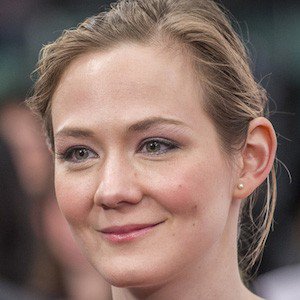 Louisa Krause is currently single. Also, she has not been linked to anyone. She might be busy in her career and might be searching for the perfect one. As she likes to keep her profile low, she does not want to talk much about her relationship status and affairs.

Who is Louisa Krause?

She was born on May 20, 1986, in Falls Church, Virginia, USA. Her birth name is Louisa Noel Krause and she is currently 32 years old. Her father’s name is Rober ‘Bob’ Henry Krause and her mother’s name is Lida Jeanne (Wright). Krause’s mother is Americana and her father is of half-Japenese descent. She has got a younger brother, Nathaniel(director).

Louisa holds American citizenship but her ethnicity is a mix of Japnese, German, and English.

She studied dance at the Washington School of Ballet in Washington D.C. and then entered a high school where she performed in a variety of plays and musicals. After that, she enrolled in Carnegie Mellon Drama School but did not graduate. Also, she attended Columbia University.

She began her career from the three Off-broadway plays in 2007. She appeared as Iphigenia in the Signature Theater Company’s production of ‘Iphigenia 2.0’ and starred in the world premiere of ‘In a Dark House’ from June 7 to July 7.

In 2007, she portrayed the supporting role in the film ‘The Speed of life’ and ‘The babysitter’. After two years, she made her appearances in the films ‘Taking Woodstock’ and ‘Toe to Toe’.

In 2012, she starred alongside Linda Cardellini and Michael Shannon in the film ‘Return’. She also made her appearance in ‘Law & Order’ in the episode ‘Angelgrove’ in 2008 and appeared in ‘Law & Order; Criminal Intent’ in the episode ‘Loyalty: Part 1’ in 2010. In addition, she also made her appearances in the series ‘Blue Bloods’, The Girlfriend Experience’, and many more.

She has an estimated net worth of around $1.3 million and she has earned that sum of money from her professional career.

It seems she likes to keep her lips tight and she does not want to harm any other person. So, she has not been involved in any types of rumors and controversies in her career.