Louise Cliffe is a remarkable actress. She is also a singer, writer, and model. She is married to Jay McCray and is the mother of her second son.

Louise Cliffe met Jay McKray on the 2011 series of Big Brother UK. The couple were dating and also got married on 9 June 2012, But it didn’t last long as they divorced after one year of marriage.

After it, Cliffe met Stuart Pilkington who is a health and wellness expert. They first met each other in 2010 and were simply two best friends before and later turned out to be lovers. After being together for a couple of years, their first child, a son named Eli Mark Pilkington, was born on March 1, 2017.

Then, in March 2019, the couple welcomed their second son, Ezra, who weighed 8.3 lbs at the time of his birth. They are a fun loving family of four and both Louise and Stuart often share their family pictures and videos with fans on their respective social media handles. 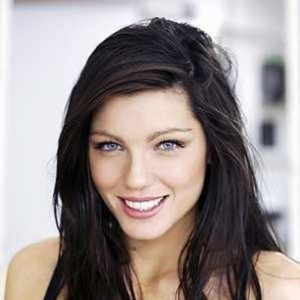 Who is Louise Cliffe?

Louise Cliffe is a remarkable actress. She is also a singer, writer, and model. She is best known for her participation on Big Brother UK in 2011. Louise is also known for her role in Wrong Turn 3: Left for Dead, a horror movie as Sophie. She has also won the title of Miss Manchester 2006.

She was born on December 9, 1986. So she is currently 36 years old. Her birthplace is in Middleton, Rochdale, which lies in England, UK. Her nationality is British but ethnicity is unknown.

There is no information regarding her family. However, she has two siblings, Colin Cliffe (Younger Brother) and Michelle (Sister).

She attended Our Lady’s Catholic High School in Higher Blackley. Other information regarding her educational background is unknown.

Louise Cliffe has worked in many magazines and appeared in the front cover of magazine such as Front, Maxim, Stuff, Nuts, Bizarre, Loaded, Zoo, Ice, FHM, Switched On, OK! And The Magazine.

Louise Cliffe started her career in Filmography by appearing in Soccer AM Manchester United Soccerette. She also played a role in Charlie Noades R.I.P as Olivia in 2008. Louise also played a role in Annihilation Earth as a role of Nya in 2009. She has also appeared in a comedy-drama in Don Jon by playing the role of Sophie in 2013. Cliff has also worked on a short film named The Five Wives and Lives of Melvyn Pfferberg as Mia in 2016.

She hasn’t received any of the awards yet.

Louise Cliffe has a huge net worth of 900,000 dollars as of 2022. She has been living a lavish life as seen through her posts on Instagram. The actress posted many pictures with her babies and boyfriend, vacationing through many places. She seems to be in love with nature as she has posted many pictures in nature.

The talented model has not been involved in any types of rumors and controversies in her career.

To know more about the bio of different other personalities like Erin Sanders, Miki Ishikawa, Robert Belushi please click on the link.