Louise Ford is an English actress. She is in a relationship with Rowan Atkinson since 2014 and they are not married yet.

Louise Ford and Rowan Atkinson were seen first time in the 2012’s West End Play. They were in a relationship since 2014 and they are not married yet. They welcomed their child in December of 2017.

There is an age gap of 29 years between them however the couple is living their life happily. They are serious and loyal to each other so far. 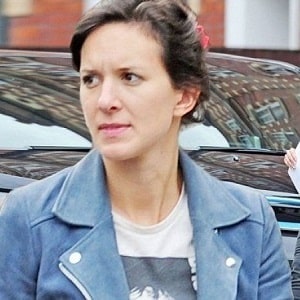 Who is Louise Ford?

Louise Ford is an English actress, best known for her performance in Kate Middleton in the Channel 4 comedy, ‘The Windsors’, and also for her acting in ‘Doc Martin’ in 2004, ‘Misfits’ in 2009, and ‘We Hate Paul Revere’ in 2014.

Louise was born on 30, November 1982 in Bexleyheath, South-East London. She has British citizenship and her ethnicity is not available. Her father and mother’s name is unknown.

She grew up in southeast London. She attended a local grammar school in south-east London and achieved her English degree at Southampton University.

Then, she achieved a place at the Royal Academy of Dramatic Arts in London.

Louise started her career in the entertainment field and debuted in TV series ‘Law and Order’. She has also made her appearance in two different TV series ‘M. I high’ and ‘My Almost Famous Family.

But she was playing minor roles. She was not disappointed with that but she grew strong determination to achieve success in her career.

She got an offer in the three episodes of the TV series,’ It’s Kevin’ in 2013. In the meantime, she got a major role as Herculean in the Tv series,’Ludus’ and recently, she is playing the role of Kate Middleton in the Tv series ‘The Windsors.

Louise Ford: Net Worth and Salary

She doesn’t like to open up her personal information and hence she has not been in any rumors and controversies.

She has a classic look and she is a gorgeous actress. She has a height of 5 ft. 7 inches and weighs 60 kg.

Louise has a balanced bodyweight and she has a lean figure. She has brown eyes and blonde hair.