Love & Hip-Hop star Apple Watts Hospitalized! What happened to her? 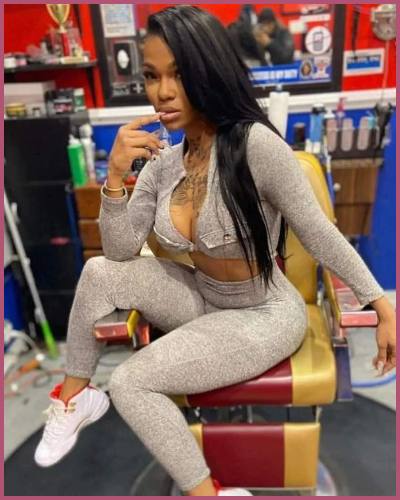 Love & Hip Hop star Apple Watts, who appeared in the fifth and sixth season of the VH1 series has been hospitalized.

On Wednesday morning, the 36-years-old reality star got into a serious car accident with a diesel truck while traveling from Los Angeles to Las Vegas. Watts was driving a black Mercedes which collides with a Ford F250.

According to the eyewitness, her car flipped multiple times after colliding with a truck and burst into flames near Interested 15 in Baker, California. She was ejected from the window of her burning car and has been rushed to hospital, University Medical Center in Las Vegas.

Following the accident, the investigation into the cause of the accident is underway. However, drugs or alcohol are not believed to have played a role in an accident.

As soon as the news broke on the horrific crash of Apple Watts, her close friends, family members, and fans have taken to social media to offer their sympathy.

Her LAAHH castmates including Hazel E and her onscreen BFF, Lyrica took to social media to share their condolences.

“God, I am really feeling a way right now. This really brought my day down. Apple, we are praying for you. Please pull through baby. Damn, life is so crazy.”

A woman claiming to be Watt’s cousin sent prayers for her recovery on Facebook. She wrote,

“‘I’m very saddened by the news of my cousin. You know family is the first real friends you have in life…Cousin I’m praying for you!! I’m praying God keeps your sons covered,”

“If I ever said a prayer to God he didn’t hear I hope it’s not this one. You aren’t finished writing your story! Praying so hard for you right now boo. Please please fight to pull through!!”

Who is Apple Watts?

She also appeared in Future’s “Wicked” music video, as well as in videos for other popular artists like Ty Dolla $ign, Snoop Dogg, and YG. Besides, she is a singer and best known for the track “One in a Million”.

Apple was born on May 16, 1985, as Jontelle Lafaye Watts. She was born and raised in Alta Loma, California, U.S.A. The name of his father is John Watts who is a writer whereas her mother’s identity is still unclear.