Posted by MarriedBiography Posted on March 18, 2019 | In Career , Death
Share this 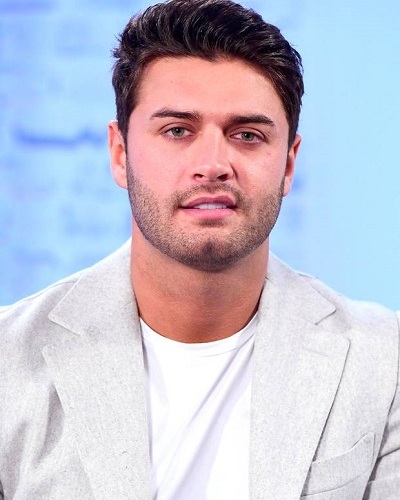 Love Island star Mike Thalassitis was only 26 years old. The police found his body hanging from a tree in woodland near his home in Essex.

Mike Thalassitis and his sudden and tragic death

Mike Thalassitis whose real name is Michael Thalassitis was a former English footballer. He had a glorious career before he became a reality TV star. He had appeared in season 3 of the ITV show Love Island in summer 2017 and was everybody’s favorite and named Muggy.

Unfortunately, his body was found in a North London park near his home which is in Essex. He was merely 26 years old.

According to the police, they received a call about a dead person in a park near Latymer Way, N9 on Saturday 16 March 2019 at 9.28 am. Mike’s body was hanging from a tree in the park. They said that they are not treating his death as suspicious. The police also said:

“Police are in the process of informing the man’s next of kin. We will prepare a file for the coroner.”

Mike Thalassitis and tributes for him

His fans and co-stars are shocked on learning about his death. He had a huge fanbase and had appeared at a student event at Chester’s Grosvenor Shopping Center in the year 2017. His fellow show-mates including Chris Hughes were there at the event where they had posed for pictures with their fans. The former TOWIE star and neighbor of Mike, Mario Falcone wrote on Twitter:

“I cannot stress this enough. Life is tough for everyone and if you are going through a down patch phase please talk to someone. I know personally, it’s hard to open up but it’s the best thing you can do.”

The club Chelmsford City FC for whom Mike had played tweeted:

“The Club is saddened to hear the news of the passing of former #Clarets striker Mike Thalassitis. Our thoughts and prayers go to his family and friends at this time. #ClaretTogether.”

“This should be a massive wake up call, I feel sick, reach out, sometimes to the most confident friend. We can only learn & try to change.”

“Literally don’t know what to say. Another one gone too young. Thinking of mike’s family and friends at the horrendous time. you will be missed terribly.”

The recent dark phase in the life of Mike Thalassitis

In recent months, Mike was in the dark phase of his life. He had depression when his grandmother expired. He had moved in with his grandmother and used to take care of her. She was 94. He also suffered a setback when his girlfriend Megan McKenna broke up with him. His best friend also died last Christmas. Love Island contestant Montana Brown broke down as she paid tribute to Mike. She wrote on social media:

“Now I know you were in a dark place a few months back and I thought you were past it and that you were on the up.

“I just don’t know how I didn’t notice… I am absolutely heartbroken that I couldn’t help you.”

Some of the co-stars of the show also criticized the show producers for not providing enough support during the time that the stars gain sudden fame. Love Island co-star Dom Lever said:

“You get a psychological evaluation before and after you go on the show but hands down once you are done on the show you don’t get any support unless you’re number one.”

ITV put up a statement:

“Everyone at ITV2 and Love Island are shocked and saddened by this terrible news. Our thoughts and deepest condolences are with Mike’s family and friends at this very sad time.

“Care for our Islanders is a process the show takes very seriously and is a continuous process for all those taking part in the show.

“We ensure that all of our Contributors are able to access psychological support before, during and after appearing on the show.

“The programme will always provide ongoing support when needed and where appropriate.

“We also discuss at length with all of our Islanders, before and after the show, how their lives might change and they have access to support and advice to help with this. “ 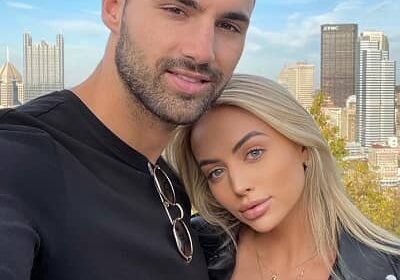