Updated On February 6, 2022 | In Career , Dating , Relationship
Share this 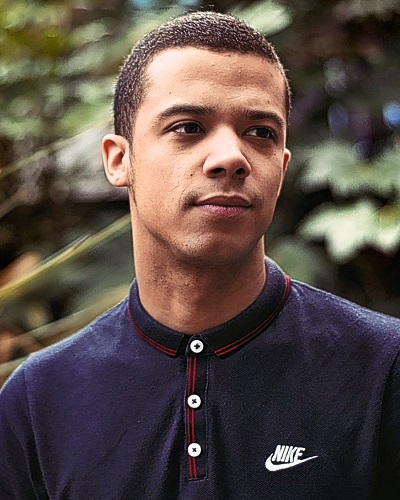 We know almost everything about them. While on the other hand, some don’t prefer to open up much to their fans.

Likewise, today we will be taking a tour of the relationship of a great actor and singer Jacob Anderson. He is well recognized by his character Grey Worm in the fantasy epic “Game of Thrones.”

Well, if you are a fan of the very famous actor Jacob, then you know that he performs under the stage name “Raleigh Ritchie.”

Jacob has been dating War and Peace actress Aisling Loftus for considerably some time now. Yet, the two have not much opened up about the crucial aspects of their relationship.

Though, it is sure that the two are happily sharing a boyfriend-girlfriend relationship. The couple has been sharing an amazing and lovable bond with each other after five long years of their love.

As looking at their relationship from far back, they have been really supportive of each other. Back in 2015, Loftus revealed that they were both happy that they were doing great with their respective careers.

It allows us to take so much joy in what the other is doing. Aside from his role as Grey Worm in Game of Thrones, Jacob is also a musician who performs as Raleigh Ritchie. I recently went to one of his gigs in London, which was packed to capacity with 1,500 people. He was amazing.

To be honest, I’m often the last one to realise how well things are going,’ she says. ‘I’ll say to my boyfriend, “Oh, I’ve just been offered this little role.” And he’ll say, “You’ve just been offered what? Wow! That is amazing!” He’s a brilliant antidote to my tendency to talk myself down.’

Who Has Been Katy Perry Dating? Famous Relationship Of Her With John Mayer, Orlando Bloom!!

In addition, she also mentioned that she would always choose a Brit over any other men to be her boyfriend. She said:

despite having been romantically involved with a Frenchman and now a Russian character on screen. I suppose I just love British humour, our way of whingeing about things and being so self-deprecating, our preoccupation with manners. Jacob’s very British in all those ways. But he is also, of course, just very much himself.

Jacob too shared some details about the first time he saw Loftus. Followingly, talking about the love of his life, he said:

I’ll never forget first setting eyes on my girlfriend, the actress Aisling Loftus, because it all seemed to happen in slow motion. We’ve been together five years. She’s intelligent, sensitive and empathetic, and I’ve never met anybody who cares about people as much as she does. We never run out of things to talk about and our relationship has always felt very natural.

Later on, he concluded by saying that he worries about becoming a parent.

The idea of being a parent is scary, but Ash will be a wonderful mum. Ash and I often talk about the kind of parents we’d like to be. It’s an exciting prospect – another journey for us.

Jacob loves a girl, which hits down the probability of him being gay. While he has been enjoying his love life with Loftus, he also has a great family value in his life.

Back in 2016, the star said that he is close to his mother who was adopted and he learned his music from his father. Jacob also revealed that his parents were divorced when he was only 18 months.

They haven’t always been the best of friends, but they were good at keeping that stuff away from me. Mum and I have always been close. Her adoptive parents died when she was 18 and she doesn’t have any other kids, so I’m her only family. She lives life to the full and I envy her vitality. She has pink hair and is a younger spirit than me.

Talking more about his family, he revealed that his father and his stepmother met when he was aged 2. Followingly, he said:

My dad and stepmum met when I was two, and I was effectively brought up by three parents – my stepmum was very nurturing and had this incredible ability to make me feel safe and calm. I’m also devoted to my half-sisters, though I hate calling them that – they are just my sisters. They’re funny, awesome and smart

The actor and singer also added that he shares a strong connection with his father.

Dad and I are very similar. He’s loyal, with a quirky sense of humour, but he’s no pushover. I’ve inherited my love of music from him. He has diverse tastes and it can’t have been easy, as a teenage black guy, listening to punk in 1980s Bristol. He’s done all sorts of jobs to make ends meet and is currently working as an undertaker for the Bristol coroners office. I’m proud of him because it can’t be an easy job.

Jacob Anderson is an English actor, singer, and songwriter. He is mainly known for “Game of Thrones” (2011), “Adulthood” (2008), and “Comedown” (2012). He is a hard-working person and has made a respectable position in T.V and film industry. More Bio…