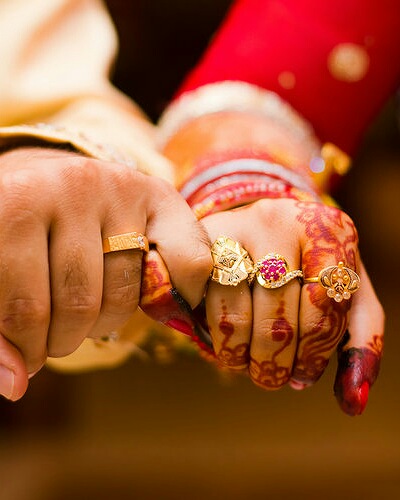 The world is a crazy place. Strange things happen and one cannot but be shocked by them. The incident is that of a bride and bridegroom from Gujarat, India who were set to marry in February 2020. But it had to be canceled when the parents of the couple eloped away. The bridegroom’s father, Rakesh, 48 and the bride’s mother, Swati, 46 reportedly fled together and went missing. The names of the parents have been changed in order to protect the privacy of the couple and both families.

The unthinkable incident of Gujarat, India

A young couple were preparing to wed next month. But they were devastated when the bridegroom’s father who is 48 and bride’s mother, 46 disappeared. The father is a textile businessman and his lady love is a broker. There are reports that the elderly couple eloped on 10 January 2020.

With this happening, the young couple had to cancel their wedding scheduled for the second week of February. They are now looking for their missing parents.

More about the parents

Textile businessman Rakesh is also a member of a political party and is a native of Amreli district. Reports state that the parents knew each other since their childhood days. They were also neighbors in the Katargam locality there. It is strongly suspected that the two now eloped just a few weeks before their kids were to marry each other.

The parents were last seen as follows: the bridegroom’s father was in the Katargam region of Surat before his disappearance while the mother was last at her house in Navsari, Gujarat and was seen leaving it. The families of both sides have now filed missing person reports of the pair. Relatives and friends are baffled with the disappearance. The young boy and girl engaged last year and were preparing for the wedding since then. It is not known whether the families had any clues of the budding romance between the elderly couple.

‘They knew each other since they lived in the same society.’

‘Some of their close friends informed us after they eloped that they had a relationship in the past too.’

‘However, Swati got engaged with her current husband in Navsari.’

Why they married different people and not each other before is not known. There might probably have been some parental and societal pressures on them to not do so.  Alternatively, the now-parents of different children might have preferred financial stability over love as qualities for their respective spouses. Swati is from Bhavnagar district and her husband is diamond artisan who later started the career of a broker.

The eloped couple probably rekindled their childhood romance and decided to do the vanishing act rather than be caught in an awkward situation. But it has left the families of both sides embarrassed and speechless. There is not written about the partners of the eloping couple who are now left behind.

Click to know more on Short-lived celebrity marriages! Marriages which lasted for less than 2 months!

The elopement story has gone viral and has become a point of discussion on social media. Pictures of the couple are being widely shared on the social networking platforms.