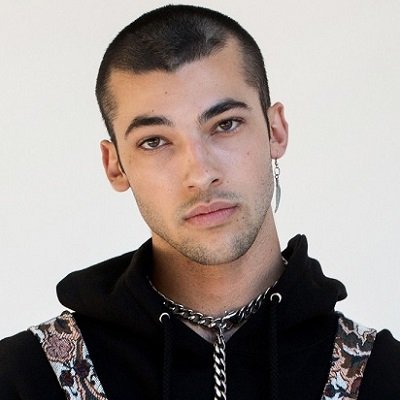 LoveLeo is one of the eligible bachelors and is in a relationship.

He is dating Julia Marie. His girlfriend is a model by profession. She often shares her pictures in her Instagram account.

Besides that, the couple also makes TikTok videos together.

American LoveLeo is a Singer, Model, and Social Media Star. He is renowned for the song, BOYFREN which went viral on the web.

Also, he is famous for his Instagram and TikTok Posts too.

LoveLeo was born on the 3rd of September 1998 in the United States. His real name is Leo Reilly. He happens to be the first eldest son to John C. Reilly and Alison Dickey (mother).

His father, John an Academy nominated singer, actor, and comedian whereas his mother, Alison is a film producer.

He has a younger brother, Arlo Reilly. They are of Irish ethnicity.

Regarding his academics, no details are available.

Back in 2019, LoveLeo started her career as a singer with his first music track, BOYFREN. At the time of release, he thought the track was not ready, however, he launched the track on his mother’s advice.

Within no time, the track went viral with more than 8.9 million views on YouTube and millions of downloads on Soundcloud. Moving forward, in 2020, he has launched his tracks like Rosie and Lemons.

After his song went viral, he earned huge fans and followers on social media platforms including Instagram and TikTok.

Besides that, his interesting posts with various filters have gripped the attention of his viewers. Apart from that, he is popular in the TikTok too. As of now, his TikTok account has over 926.1k followers with over 27.8m likes which is increasing with each post.

With the rising fame in social media, he is expanding his career in modeling too.

When it comes to net worth, his father, John has an estimated net worth of $45 million.

As of now, he has managed to be far from any kind of controversy that created headlines in the media. Similarly, there are no rumors surrounding him.

LoveLeo has blue eyes and brown hair. His height is 5 feet 11 inches and has a decent weight.

Talking about his appearance, he has an innocent look with a long-shaped facial structure. Also, he prefers to have a long mustache and long earrings.

This media star also has a self-titled YouTube channel with around 108k subscribers.