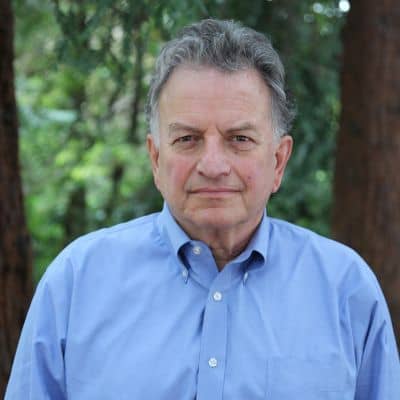 Lowell has kept his profile very low-key. Presently, his relationship details are behind the curtain.

Who is Lowell Bergman?

Lowell Bergman is a well-recognized Emeritus Reva and David Logan Distinguished Chair in Investigative Reporting at the Graduate School of Journalism at UC Berkeley. Bergman is widely famed for his work on Frontline(1983), The Insider(1999), and What’s Happening to the News(2007).

Moreover, he is the originator of the Investigative Reporting Program and was a producer/correspondent for the PBS documentary series Frontline.

Lowell Bergman was born on 24 July 1945. At present, his age is 75 years old. Likewise, his birthplace is New York City, New York, the USA.

Lowell is the son of his father, Alex Bergman whereas his mother’s details are not disclosed in the public. Moreover, he has not shared his siblings’ details at the moment. His dad migrated from Hungary to the USA via Cuba whereas his mom is from the USA. She worked in the fashion industry and taught gourmet cooking.

Talking about his nationality, Bergman holds an American identity whereas his ethnicity is mixed.

The renowned multi-personality took his graduation degree from the University of Wisconsin-Madison. He was a graduate fellow in philosophy at the University of California, San Diego where he studied Herbert Marcuse.

Popular TV personality, Bergman was a producer, reporter, and investigative reporting at ABC News from 1978 till 1983. Lowell was one of the producers of 20/20. Likewise, he became a member of CBS News as a producer for the weekly newsmagazine 60 Minutes and its lead correspondent, Mike Wallace.
Bergman also produced the first U.S. television interviews with Lebanon’s Hezbollah leadership in the early 1990s, when they were regarded as the world’s most threatening terrorists. His investigation of the tobacco industry for 60 Minutes was chronicled in the 1999 feature film The Insider. There, he was played by AI Pacino.

In the field of reporting, Lowell joined an alliance between The New York Times and Frontline after leaving network news in the late 1990s. Its collaboration leads to a series of stories which consist of California’s energy crisis, the country’s war on drugs, the rise of Islamic fundamentalism, the root of 9/11, the credit card and gold industries, and Al Qaeda’s recent attacks in Europe.

He also assisted to produce a series of in-depth articles detailing the financial arrangements between Vice President Dick Cheney and Halliburton.

The great personality in advance worked as the conduit between student projects and their publication in some of the country’s top media outlets. It includes reporting seminars at the Graduate School of Journalism at the University of California, Berkeley. Moreover, his work also impacted and reached a mass audience of PBS’ Frontline and Frontline/World, as well as ABC’s ’20/20′, Nightlinem CBS Evening News, and 60 Minutes II.

American talented personality, Bergman has earned a handsome amount of amount from his multiple profession working as a journalist, professor, and producer.

It is reported that Lowell Bergman has an estimated net worth of $1 million. He has been active in his profession from year 1969.

However, the journalist has not disclosed his exact salary, earnings, and assets details till now.

Lowell has never been part of any controversial matter or rumors till now. The journalist has been preoccupied with his professional as well as private life.

It seems that Bergman prefers enjoying his personal life and does not want to merge it with his professional life.

75 years old reporter, producer, and professor, Lowell has decent looks and an admirable personality. He has not stated his exact height but seems to be more than 5 feet.

Furthermore, Bergman has hazel eyes whereas his hair is grey.

Nevertheless, the reportere has never mentioned other physical details in the public yet.

Regarding his social media presence, Lowell Bergman is not an active personality on social media.

Lowell has no official Instagram, Facebook, and Twitter accounts at the moment. It seems that he is very private in nature and hardly shares information in the public and media.