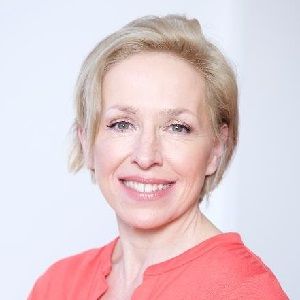 What is the relationship of Lowri Turner?

Lowri’s first husband was Paul Connew in the year 2001. She has two children from her first husband named Merlin and Griffin savers. Lowri and Paul got divorced while Lowri was a few weeks pregnant with her second child.

Then Lowri married Nicol Batra in the year 2005. Nicol Batra is an Asian man who is seven years younger than Lowri. They have a daughter named Ariel Ultra from the marriage. Later, feeling embarrassed and hurt for marrying someone who is 7 years younger, she split with Nicol after 18 months of marriage. She loves her children a lot.

Who is Lowri Turner?

Lowri Turner is a British TV presenter, journalist, nutritional therapist, as well as hypnotherapist. She started her career as a fashion journalist for The Observer and became Fashion Editor at the London Evening Standard.

She debuted on television from GMTV in 1993 and was a contributor to Doctor Who: Thirty in the TARDIS, a documentary celebration of the 30th anniversary of Doctor Who in 1993, in which she discussed the Edwardian feel to the Doctor’s costumes and her fondness for Jon Pertwee’s portrayal of the character.

Lowri Turner was born as Lowri Gwyneth Turner in the year 1964 December 31 in London, England. Her father’s name is Mervyn Turner and her mother’s name is Shirley Turner. She is one of the triplets, Catrin and Nerys are her other two sisters. Along with her twin sisters, she has one more sibling.

Moreover, one of her twin sisters, Nerys has a learning disability due to the pregnancy complications and traumatic birth her mother had. Hence at the at of five, she was sent to boarding school. Her other sister, Cartin is employed at McGrigors, a law firm as a partner.

She received her formal education at the Grey Coat Hospital School and Camden School for Girls. Her school was a local primary school and children from a mixed-race such as British, West Indian, Greek Cypriot, Irish, and Ugandan Asian studied in her school.

Lowri Turner began her career being a fashion journalist for The Observer and as a Fashion Editor at the London Evening Standard. She started her television career at GMTV in the year 1993. In the same year, she contributes to a documentary celebration of the 30th anniversary of Doctor Who “Doctor Who: Thirty Years in the Tardis.”

Lowri had appeared as a celebrity panelist on BBC’s quiz show Going, Going, Gone and Channel 4’s Whose Line is it Anyway? She has also presented a number of shows like Looking Good, Shopping City, Housecall, Would Like to Meet, and DIY SOS. She has been the regular panelist on Channel Five show The Wright Stuff since 2002.

Lowri Turner has also worked as the author for the Welsh newspaper Western Mail. In 2006, she was criticized for her column in the newspaper entitled “However much I love my gay friends, I don’t want them running the country” in the Welsh Assembly for her homophobic comments.

Likely, in 2007, she was criticized for an article she wrote in a newspaper called Daily Mail as a racist. She claimed that she wrote regarding her newborn daughter who is mixed with race and has no other intentions.

She now works as a lifestyle advisor in London specializing in diet, having acquired a ‘Diploma in Nutritional Therapy’ from the Institute for Optimum Nutrition.

Turner’s net worth is $2.5 million as of 2022. She earns a decent amount of salary from her career.

She hasn’t been into any rumors and it seems she has maintained a good relationship with all other people.

Being a nutritionist and hypnotherapist, she believes in the intake of nutrient-rich meals that corrects hormone imbalance can make people feel healthier. She is very concerned about her health and weight.

She stands a height of 5 feet tall and her body measurement measures the size of 39-29-34 inches. Talking about her weight, she has a simple slimming strategy and wants to have a flat belly. Moreover, she loves her short straight silky light brown colored hair. Likely, she has dark brown colored eyes.

One of the triplets Lowri Turner-know about her current and past career and personal life!