Lucas Black is an American TV and film actor who has appeared in various films and tv series. He is married to his wife, Maggie O'Brien and blessed with 1 son and 2 daughter namely Augusta “Gus” York and Sophie Jo Black. 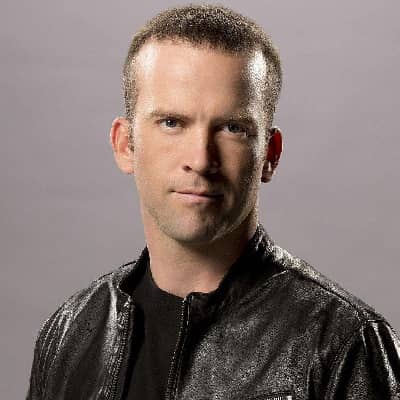 Lucas Black is married to his wife, Maggie O’Brien. His wife, Maggie is a lawyer and manages all his contract negotiations. They married on July 3 2010 after spending some time together.

Since then, the couple is happy together till now for 11 years. They together share 1 son and 2 daughter namely Augusta “Gus” York and Sophie Jo Black respectively.

Who is Lucas Black?

Lucas Black is an American TV and film actor who has appeared in various films and tv series. Likewise, he is popular for his role as Sean Boswell in the Action film ‘The Fast and the Furious: Tokyo Drift’, ‘Furious 7’, and ‘F9’ and Special Agent Christopher Lasalle on the action crime drama tv series ‘NCIS’ and ‘NCIS: New Orleans.’

Likewise, he has an elder sister, Lori Black, and an elder brother namely Lee Black. He spent his early days in Speake, Alabama. Lucas was interested in acting from his early days and also used to play football for the Speake Bobcats.

He is of American nationality and his ethnicity is not known. Moreover, he is a religious person and follows Christianity. Further, his birth sign is Sagittarius.

Lucas graduated from Speake high school in May 2001.

Lucas Black made his professional screen debut in the American Drama Film ‘The War’ in 1994 as Ebb Lipnicki. Moreover, he has portrayed the role of Frank Wheatley in the drama film, Sling Blade. Lucas’ role in the film got huge recognition and was appreciated by the audiences, reviewers, and critics. Likewise, he has acted in many TV series that includes:

Besides Tv series, he has acted in the 1997 Drama Film, ‘Flash’ as Connor. He is also popular as Sean Boswell in the Action film ‘The Fast and the Furious: Tokyo Drift’, ‘Furious 7’, and ‘F9.’ Some of his movies include:

Of all his acting, movies, and dedication, why not Lucas has a net worth of over $8M. Likewise, Black is a dedicated and hardworking person who is focused on his professional career.

Lucas has won 1 Saturn Award (1997), 1 Young Artist Awards (1997), and 1 YoungStar Award (1997) for his outstanding role as Frank Wheatley in the drama film, Sling Blade. Moreover, he has been nominated over 10 times for various prestigious awards.

There are no rumors and controversies about his personal life or professional life. Likewise, Lucas is the kind of person who always tries to mark his place in the showbiz industry.

Lucas stands 5 feet 9 inches tall and weighs 75 kgs. Similarly, he has a well-shaped body. He has light brown hair and blue color eyes.