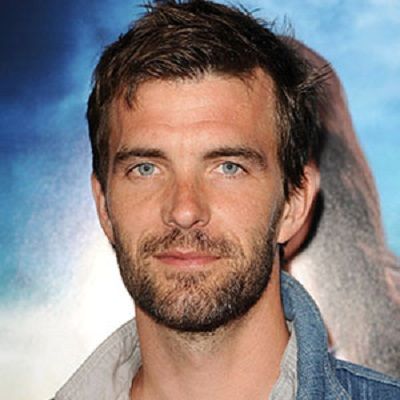 Lucas Bryant is married to Kirsty Hinchcliffe. She is an actress and personal trainer by profession. They married in 2007.

Together, they have a son and a daughter. They welcomed their daughter in August 2008 and son in 2015. Currently, Lucas is living in Santa Monica, California.

Who is Lucas Bryant?

American- Canadian Lucas Bryant is an actor. He is renown as Nathan Wuornos of the TV series, Haven.

Last, in 2019, Lucas featured the TV movie, Time for You to Come Home for Christmas as Jack.

Lucas Bryant was born on the 28th of September 1978 Elmira, Ontario, Canada. His father, M. Darrol Bryant is an author from North Dakota and mother, Susan Hodges Bryant is also an author by profession. They are of Finnish descent.

In 2003, he started his career as an actor with the TV series, Odyssey 5 aired on the American TV channel, Showtime. In the same year, he appeared in the TV series, Playmakers for a single episode.

After the show, in 2004, he was cast as the lead for TV movie, Crazy Canucks as Ken Read. The movie was based on the story of Canadian skiers who are completing Europe’s champions. Later, in 2004, he played the character of Gabe Emerson on the movie, More Sex & the Single Mom.

After the TV movies, Lucas continued his journey as an actor with the TV series which includes  2005- Sex, Love & Secrets, 2008- M.V.P and Faux Baby. In 2010, he was cast as Nathan Wuornos in the series, Haven. The series turned to be one of the milestones of his acting career. Altogether he appeared in 78 episodes of the series. Some of his TV series along with the year and character name are-

Lucas frequently appears in TV movies also. Some of his TV movies include 2006 Playing House, 2012- Merry In-Laws and The Vow, 2016- Secret Summer, Tulips in Spring, and Summer Love. Last, in 2019, he featured in the TV movies, Time for You to Come Home for Christmas and Jack, Country at Heart as Duke.

His movie, The Vow as a box office collection of 196.1 million USD.

He is a blue-eyed auburn. His height is 6 feet and 2 inches.