Updated On January 29, 2023 | Published By: sara
Share this
In Relation 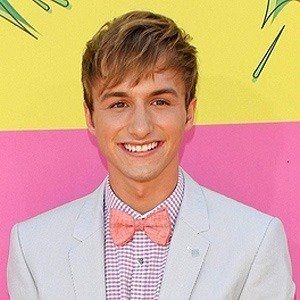 I don't want to be just a performer

I love The Onion videos, those are amazing

What is the relationship of Lucas Cruikshank?

After his video released on August 20, 2013, Lucas Cruikshank officially announced that he is GAY.

His family knew it three years before he officially announced it. His boyfriend’s name is Mathew Fawcus who is an Australian model.

A YouTuber Kingsley brought them together at a gay club. Lucas and Mathew are in relationships since 2015.

Who is Lucas Cruikshank?

Lucas Cruikshank is an American Actor plus a YouTuber. He is known for creating Fred Figglehorn on his YouTube channel.

He was born Lucas Alan Cruikshank on Aug 29, 1993, in Columbus, Nebraska, USA. His ethnicity is Irish-German-Possibly Scottish.

Regarding his education, Lucas completed his high school at Lakeview High School.

Lucas Cruikshank started his career as a YouTuber on 19 July 2005. His YouTube channel hit more than 3.25 million followers after the success of Fred’s character he made a youTube channel named Fred. In less than one year his channel had more than one million subscribers which made it the first YouTube channel.

In 2009 he has appeared in Fred: The Movie, which streamed on Nickelodeon in 2010. Lucas was also seen in other projects like the City of Amber, Year One, and Adventures of Power.

Regarding the rumors and controversy, Once it was rumored that Lucas has died. However, the next day Lucas tweeted that somebody posted a false statement, although the source was not found.

Lucas Cruikshank is 5 Feet and 10 Inches tall and his weight is 64 kg. His hair is in light brown color and his eyes are in brown color.